Electoral promises of waiving agri loans and real development of agriculture
00:00 am 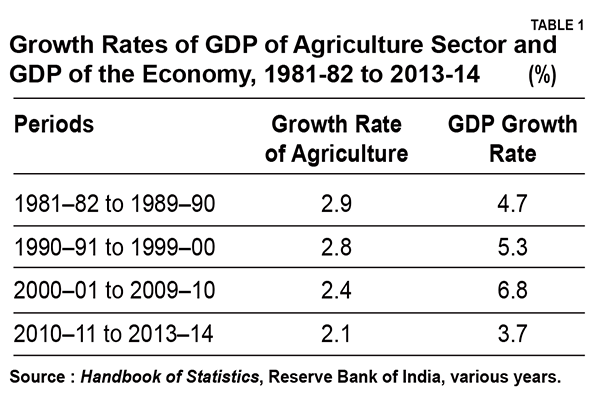 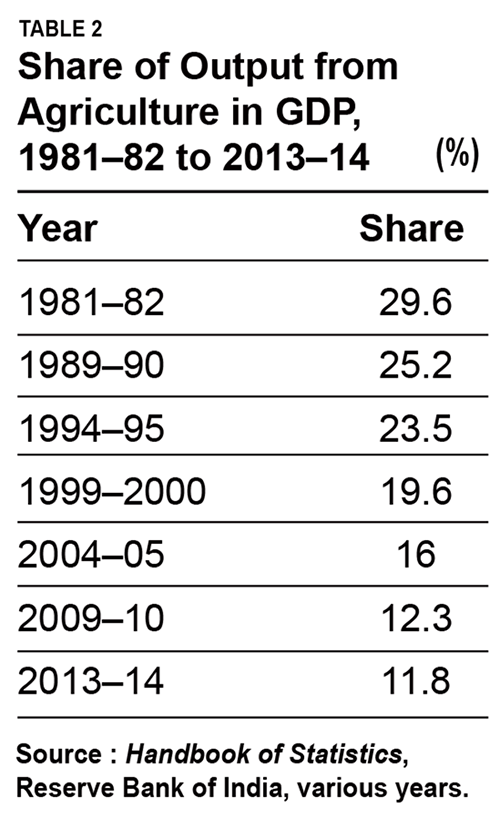 The recent landslide victory of BJP in the Uttar Pradesh assembly election has sparked a debate on the implementation of the electoral promise of waiving agricultural loan in the state. This is not new, it can be traced back to the 1970s or even before, agricultural loan waiving became a short cut rout to election victory. In UP, the BJP promised agricultural loan waive in the election manifesto. It is also reported that Rahul Gandhi also mentioned similar promises in his public election meetings in UP.

It has been reported that in a written reply to the Rajya Sabha, Minister of State for Agriculture, Parshottam Rupala said that the total agricultural loan outstanding as on September 30, 2016, stood at `12.60 lakh crore. The data show that out of this only `1.45 lakh crore and `1.57 lakh crore are with regional rural banks and cooperative banks respectively. But an amount as high as
`9.57 lakh crore is with the commercial banks. In the case of UP only, as has been reported, the outstanding agricultural loan is
`86, 000 crore. Now the question is : can a responsible political leader talk of a huge financial burden to win assembly elections knowing well that state governments cannot waive the PSB loan? At the same time there are instances of waiving agro loans where people’s sufferings were really cause of concern.

Agricultural loans by the banks

There are three broad heads where agricultural loans from banks are available. One is crop loan. Banks give it every year to its customers on annual or seasonal basis. In this case there is no bar to disbursing loans to poor or rich farmers. This is to be returned by phase after the crops. Two, loans for purchasing items like tractors, machinery and other durable implements. This loan is not for all, it is selective. Third, related to natural disasters like drought, flood, and tsunami. The last one is generally waived by the government for rescuing disaster affected people. There is another area of agricultural loan. This is agricultural credit card which is an institutional credit.

Some stands on agricultural loan waiving

After the UP election Arundhati Bhattacharya, Chairman, SBI (State Bank of India), expressed her reservations on continual declarations of waiving crop loans. She said that it disturbing the credit discipline of the borrowers. As there arise expectations of waiving of the subsequent loans also. It is reported that out of a total loan of ` 86,000 crore (most of which is with the PSBs), about  `13,000 crore has been extended by the SBI alone. It is not only the SBI chief. Professor Raghuram Rajan, former RBI governor had also stood against large scale debt relief. He was reported as saying, “Waiving loans is an unhealthy activity….Every time a waiver is done, it diverts access to credit and shrinks credit availability.” Quite a number of high officials of PSBs expressed their personal support to the opinion of the SBI chief on the basis of similar experiences on the same issue.

There are other objections against large scale credit waive. This type of credit relief benefits, mainly, the rich farmers, businessmen, traders and moneylenders. In most cases they are the largest landowners in villages. Rajen Nagar, President, AIBEA told BE that in the case of small and marginal farmers they support loan waive policy. But they do not support it universally.

An overall trend in agriculture in India

The overall agricultural growth and productivity started to decline in the late 80s. In the reform period it was argued that the agriculture sector will also prosper with the other sectors. The terms of trade between agricultural products and products of industry and services would improve. This means a unit of agricultural goods could buy more and more one unit of products of industry or services. But after the onset of 25 years or so of economic reforms agriculture has been given a secondary importance. If it was given the proper importance that would enable agricultural producers to increase surplus products. This would in turn increase investment in agriculture to make long tem productivity by improving quality of land, purchasing machines and farm implements and so on.

The actual performance of the agricultural sector, compared to the pre-reform period, is not at all impressive in the post-reform period. Shantanu De Roy professor, TERI University, New Delhi, has mentioned (EPW, March, 4, 2017), that several studies show that different parts of India have shown a significant proportion of households were earning negative income from crop production. He also pointed out that cultivators have failed to gain from more exposure to international markets and prices.

The declining contribution of agriculture in GDP in India is seen as factor of development. Table 2 shows that share of agriculture in GDP had decline by half in 1989-90 and 2013-14. It was sharper in the 1990s. Even the highest growth rate of food grains was also in the 1980s. In the 1990s the rowth rate of wheat and rice only was commendable. Other food grains grew at a slow rate. Cotton grew very well in 2000-2009.

At the time of nationalization of banks it was thought that distribution of bank credit would be broad based. So rural people could also avail institutional credit. Actually that happened in a macro sense. A portion of bank credit went to that sector. All the banks had to open rural branches following a norm of the RBI. But what happened was quite expected. Only a section of rural people could reap the benefit most. The poor and marginalized section was little benefited. Ramakumar and Chavan (EPW, vol.42, 2007) have done a good study on this matter which Roy has also mentioned. The common perception is that after 2001 rural credit, particularly in the priority sector, agriculture, increased. But the researchers showed that this was largely due to increase in indirect finance in agriculture and after definitional changes of priority sector. When export oriented agro-sector and capital-intensive agriculture were brought under the priority sector, large agribusiness companies and big cultivators began to be benefited more. Share of this section in total rural sector credit outstanding began to soar. It was also shown that revival of rural credit after 2001 in better performance in agriculture as a whole and particularly in the condition of the small and marginal farmers,  if one compares it to that of the 1980s.

Unless agricultural growth is inclusive, poor and marginal farmers get the benefit of government policies and of institutional credits. It is hardly a positive improvement in the economy as whole. Total waiving of agricultural loan can make the matter worse. Public sector banks will be the worst hit. Proper agricultural development policy with a long term view is the need of the hour. Election orientation promises should be declared with more care.