For the Millennials, Prime Minister Modi’s Make in India campaign is a novel approach towards making the country self-reliant and self-sufficient. But, for Dilip Kumbhat, the word ‘indigenization’ had already set into his psyche as far back as 1978. With an education in engineering and a family tradition of trading business in his blood, Dilip ventured into manufacturing electrical fittings and fixtures with a modest capital of `10,000.00. “That may seem a small investment in the present scenario, but, I was testing uncharted territory and the only confidence I had was that the family was in the trading business in electricals. It was a time when the big international brands such as Philips, GEC and Crompton held sway and for me to launch K-Lite as a brand was quite an adventure and a calculated risk,” recalls Dilip.

K-Lite decided at the beginning itself that they would quickly get into backward integration in making as many parts and components required for lights and fixtures. “We set up a unit in Ambattur Industrial Estate, as a Small-Scale Industry. Investing in machinery and manpower to make lamp shades, fixtures, poles and posts, shades and domes and almost everything required for a complete housing, except the lighting component like bulbs and tubes, we were able to create our own designs and even tailor-make certain bulk requirements to suit the need of our customers. At the same time, standard fittings and fixtures were bulk produced to retail in stores and through dealers. By making most of the things in-house, we were able to ensure quality right from the beginning,” says Dilip.Today, K-Lite has BMQR and ISO 9001:2008, ISO 9001:2015 certifications under their belt.

Operating their manufacturing activities from a vast 3-location set-up in Ambattur Industrial Estate, Dilip has personally seen to the constant upgradation of every department within K-Lite. “We have a large design section with 24 qualified engineers, constantly developing new designs, upgrading existing ones and interacting with our vast clientele to get new perspectives. Because of this, and our innovative thinking, we have been able to keep abreast of the competition, which in today’s scenario is much more intense than a few decades ago,” notes Dilip.

K-Lite specializes in both indoor and outdoor lighting and have excelled in public-area lighting systems for various needs. This, says Dilip, has come out of a concerted effort to understand the localized needs of different localities in our vast nation. “For instance, when the local governing body in places like Jaipur, Jodhpur and Udaipur wanted to install public lighting systems, we sat with them and understood their unique needs, which was to preserve the rich heritage of their cities. We developed a line of Heritage Lighting systems which merged with the unique cultural landscape of these heritage cities,” says Dilip. Similarly, K-Lite installed unique lighting systems in the Golden Temple premises, as well as in Varanasi. 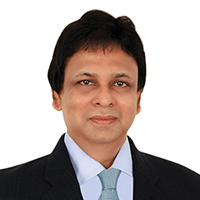 Taking a different route, K-Lite was called upon to light up the railway stations of Delhi Metro, as well as the in-lighting of the coaches. “We did similar work for Bangalore, Jaipur and Calcutta Metro Rail networks, too. But, by the time we got through to the Chennai Metro Rail, they had already imported several trains from Alstom. All these coaches had tube light illumination. When the company decided to convert all these into LED systems, they found that importing them for installation in all their trains, in a bid to save energy, was extremely expensive. We have now designed and installed, on a trial basis, LED lighting in some of their coaches and depending on the satisfactory working of these, we will convert the entire system too,” says Dilip.

Being quality conscious and not really into the mass market retailing of fittings and fixtures, K-Lite has not gone in for a retail thrust in every nook and corner of the country. Their dealings with the government departments for public lighting systems, account for 30 to 35% of their turnover. “Besides this, we have several architects whom we deal with for their projects in both the residential and commercial activities. There are local corporations who approach us for colony lightings, or for illuminating parks and public areas. These are taken up as specified projects as, most of the time, the requirements would be different from each other. Outdoor lighting for independent bungalows and residential complexes and gated communities are areas where our expertise really shows through. Our design and marketing teams closely interact with the architects and engineers even before the master plan is laid out, so that we are able to devise the ideal system for their needs,” says Dilip.

For their manufacturing activities, Dilip has found that over the years, the Ambattur Industrial Estate has been very conducive to Small Scale Industries such as theirs. In fact, the Ambattur Municipality is one of the richest in the District and is home to a variety of manufacturing units, catering to several industries. K-Lite themselves have sister companies run efficiently by other family members, such as Metal Craft which makes gates, railings and other decorative fixtures and artefacts for both residential and commercial consumption. Then there is Smart Creations which specializes in silver and gold-plated idols, puja room concepts and they undertake gold coverings for temple structures.

In all these businesses, Dilip Kumbhat and others in the family have always ensured that the products they manufacture are indigenous and replacements for similar imported products. The family’s firm belief that Indian enterprise can stand shoulder to shoulder with any foreign entity, has taken them to great heights. In fact, their foresight when they started their businesses several decades ago, was to ‘Make in India’ strategy as part of their ethos.