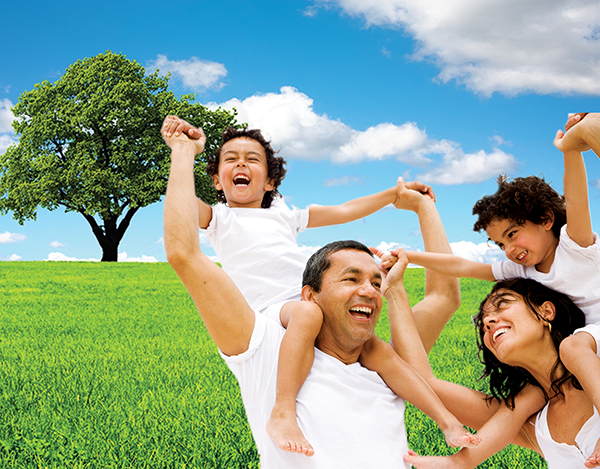 India ranked a lowly 122 on a list of the world’s happiest countries, dropping four slots from last year and coming behind the neighbouring countries like China, Pakistan, and Nepal. The World Happiness Report 2017 maps happiness on the parameters of not only the GDP per capita but also social support, healthy life expectancy, freedom to make life choices, generosity, and perceptions of corruption. It is time to look for the answer to why we Indians are not happy despite our well-paid jobs and happening social life?

Happiness is a particular state of mind and when we feel comfortable in our existence, happiness results. Research in the field of positive psychology and happiness finds
that a happy person experiences frequent positive emotions, such as joy, interest, and pride, and infrequent negative emotions, such as sadness, anxiety,and anger. Happiness is also related to life satisfaction, appreciation of life and moments of pleasure. It helps to understand life's situations better and to accept uncertainty as a natural part of life. The greater we are able to do that, the greater we can lean into the world of happiness.

Why we need to be happy

The search for happiness is a human endeavour. It is good for health as happy people have stronger immune systems and a longer lifespan. It helps to handle stress better, encourages success. It is beneficial to relationships. The whole life becomes a pursuit of happiness. People search for happiness in money, power, position, fame, health, prodigy, beauty and what not. Lucky are those who realise that happiness is not somewhere outside, but it is hidden right inside as the Dalai Lama said,“Happiness is not something readymade. It comes from your own actions.”  Also, by being happy, one has the potential to change lives of many others.

Probably the ‘shadripus’ (six enemies) that Hindu philosophical doctrines listed as lust or desire, anger, greed, arrogance, attachment, and jealousy hinder happiness on this material plane. These also bind the soul to the
process of birth and death. Without controlling these Shadripus, mind cannot accomplish its power of supreme happiness and peace. Buddhism opines desire that relates to the ego and false idea causes suffering. Essentially this comes under attachment and aversion which is the root cause of unhappiness.

Way to be happy

The true feeling of happiness also comes when we are not attached to anything including a person or idea. The concept of detachment leading to happiness is also described in the Gita and Patanjali Yoga. The true art of living says that a man should be balanced in joy and grief, in success and failure. When a person can control his self, he can conquer his mind, senses and body.

We need the latest smartphone but parents are not listening. We want promotion and salary hike but the top management is not caring. We get angry when things do not happen in the way we want it to and most of the time, we end up regretting or feeling bad which in addition creates agitation. A calm mind gives the ability to think constructively to do the needful.

Greed destroys friendships, relationships, and is the root cause of bigger troubles for mankind like war and
corruption. It does not have any limit because the nature of greed is to desire for another wish when one wish is fulfilled. It cannot be satisfied, but it can be controlled. Greed for money, fame, respect, attention, food, self importance, emotion is all the same - it’s all greed. To be happy, it is vital to be able to distinguish between needs and greeds.

Other names for arrogance are egotism, conceit, grandiosity and self-importance. Modesty and confidence work excep-tionally well together to combat arrogance. The cure for arrogance is humility. A humble person owns all talents and resources with a healthy pride. If we are part of a team that reaches success, we have to take time to share the praise, give credit and point out the contributions of others. We rarely reach success without support from someone else, and acknowledging that is a great way to display confidence without arrogance.

‘Going with the flow of life’ is a great way to overcome attachment. Holding on to something or someone, uses up huge amounts of energy. Clinging onto fixed ideas, beliefs or desires make vision clouded and people get stuck and blocked. Attachment often traps into the belief that there are not enough resources to sustain, so cling on to whatever we have – and this turns the natural flow of energy that would actually allow more resources and joy in lives.

We become jealous of neighbour’s social/economic status; another country’s prosperity; subordinate’s abilities, family or loved ones, others’ possessions, friend’s expensive new gadget, fame, money, cars, ideas, girlfriend/boyfriend, wife/husband, anatomic features, intelligence, recognition, entire life—and what not! We tend to feel worse if the other person is doing better even if we are doing very well according to society’s standards. Jealousy harnessed in the right way can lead to amazing success. By seeking inspiration from those we are jealous of, turning jealousy into healthy competition and appreciating what we have we can get rid of jealousy.

Many people believe that money provides happiness. This may be true to some extent as money allows taking care of mundane things so that the mind is not distracted and is able to focus fully on higher goals in life. But money should be looked at as the means to an end and not an end itself.  Absence of pain also leads to happiness. Since happiness is perceived by brain, by making brain powerful through yoga and meditation, we could resolve conflicts and live a happy and emotionally satisfying life.