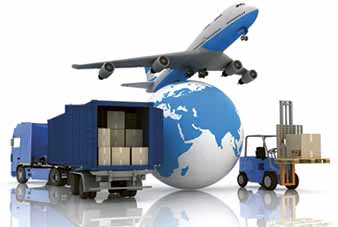 The US-based rating agency has termed the 7% GDP growth for the October-December quarter as surprising. “This number looks somewhat surprising, as real activity data released since demonetisatiomn pointed to weak consumption and services activity because these transactions are cash-intensive,” the agency has observed. Interestingly, even as Fitch has shown surprise on 3rd quarter GDP data, it has appeared upbeat about the next fiscal, predicting a 7.7% growth next year.

But if experts doubt the industrial output figures, there is a near consensus that India, after a long time, has begun doing well in the foreign markets. India’s merchandise  exports have grown for five consecutive months on the back of stronger commodity prices despite increasing trade barriers in the form of higher duties and anti-trade sentiments in Europe and the United States.

What is significant is that despite growing protectionism in the US and Europe, India has maintained a positive growth trend there. According to the World Trade Organisation (WTO) data, India’s exports to the US increased by 2.63% in November 2016 compared to the same month of the previous year. Exports to the European Union and  Japan increased by 5.5% and 13.4%, respectively, during this period. Exports to China, however, declined by 1.5% last November.

However, the good news is that India’s exports have grown for the fifth straight month narrowing down the trade deficit to $ 9.8 billion in January from $10.4 billion earlier. To note, India’s exports declined for 18 consecutive months till May 2016. Trade deficit is the difference between what a country earns through exports and how much it spends for importing goods and services. A narrowing trade deficit is a welcome development for India, which had witnessed a sharp rise in current account deficit only recently.

The cumulative value of imports during April-January, have however, grown at a considerably lower rate of 5.51% in dollar terms and 2.57% in rupee terms compared to the corresponding period of the previous year.

But in spite of the recent rise in exports the question that is going round is: Can India sustain the current export buoyancy? The worry is that the WTO has lowered the trade growth projection for 2017. According to WTO global trade growth should hit 3.6%; considerably lower than the average 5% growth since 1990.

India has other problems to bother about. The EU countries that account for about a sixth of India’s exports are facing problems of stagnation and deflation. The appreciation of rupee against the euro has adversely impacted India’s  exports to the EU block.

The recent developments in India’s other big export markets is also causing concern. The US President Donald Trump’s ‘America First’ trade policy as also Britain’s surprise vote to leave the European Union last year have clouded India’s export outlook. Further, with elections due in a number of euro zone countries including Germany, France, Bulgaria, Hungary and Portugal this year there are little chances of letting up in protectionist rhetoric. Finance Minister Arun Jaitley has already warned that a popular backlash against globalisation is a major risk for the nascent recovery in Indian exports.

Analysts back India have, however, sounded upbeat over the country’s recent export performance, suggesting that the increase has been far more broad based this time and the narrowing down of trade deficit is an encouraging sign. As many as seventeen out of 30 major commodities have posted positive growth in exports, indicating broadening of export growth – key sectors posting positive growth in January were food products, engineering goods, iron ore, marine products, yarn and petroleum products.

India’s steel exports registered a three-fold increase in  January this year backed by the government’s support to the sector by way of various trade remedial measures including anti-dumping. India shipped out 5.865 MT in the first 10 months of the current fiscal registering an increase of 71% compared to the same period last year.

As for the future, Nomura, a Japanese financial holding company has appeared upbeat. According to Nomura, the recent rise in the export orders index of the manufacturing PMI to 50.7 in February from 49.8 in January suggests this turnaround in exports growth should continue over the near term.