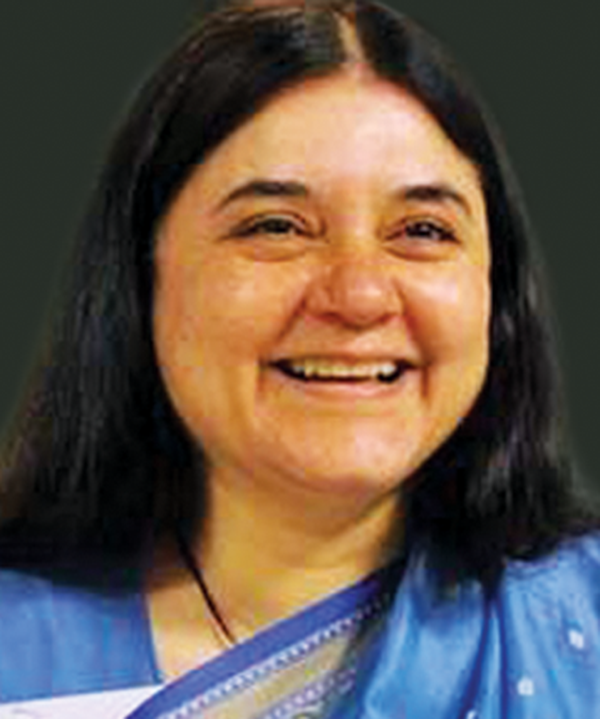 Minister, Women & Child Welfare, GoI Life is so complex. We think of all beings as animals or plants and this means a lot when you are vegetarian and determined not to hurt. What characterises a being as one or another. An animal must feed on other living things because it cannot obtain energy directly from sunlight. Animals have an embryo stage in their life cycle. The cell walls in animals are mostly soft and animals depend on skeletons or shells for strengthening and protecting.

Plant cells get their strength from cellulose. These contain little green packages called chloroplasts. Chloroplasts use the energy of sunlight to produce the substances needed to make plant tissues, in a process called photosynthesis. Photosynthesis consumes carbon dioxide and produces oxygen. Simply said :

Animals eat other animals or plants to get energy for their survival. They can move. Plants get energy for their survival from the sun. They  cannot move. But there are beings that defy all the rules. Some are both plant and animal. Some animals look like plants. Others vary between being animals that turn into plants or vice versa ! The Venus flytrap, despite being a plant, feeds on insects—and its parts move faster than its animal prey. Many groups of animals do not move and stay attached to a surface for life, such as sponges, corals, mussels and barnacles.

Corals are not plants. They are animals. The amazingly coloured sea anemone is not a flower. It is a close relative of corals and jellyfish. It spends its life attached to rocks on the sea bottom. or on coral reefs, waiting for fish to pass close enough to get ensnared in its venom-filled tentacles.

There are over 1000 species of anemones. Their bodies are composed of an adhesive pedal disc, or foot, a cylindrical body, and an array of tentacles surrounding a central mouth. The tentacles fire a harpoon-like filament into their victim, injecting it with a paralyzing neurotoxin. The helpless prey is then guided into the mouth by the tentacles.

They look so much like plants that even Aristotle, the ancient Greek who produced one of the world’s first systems for categorizing life, was puzzled by them and categorised them as zoophytes (“both animal and plant”.) However, they are animals because they can move (very slowly) and feed on other unsuspecting organisms that get trapped in their tentacles. Interestingly, components of their nervous system are the same as humans’, although their anatomy
is very different.

Likewise, sea sponges are hard shelled beings with countless tiny openings or holes visible on them. 5000 species of sponges grow in all different shapes, sizes, colours, and textures. These tiny pores let water flow freely in and out of the sponge, bringing in all the nutrients it needs, while simultaneously releasing waste. For a long time it was debated whether sea sponges should be classified as plants or animals. Eventually zoologists have classified them as simple multi-cellular, bottom-dwelling animals.

There are also bizarre animals commonly called “sea lilies”. These are animals that look like plants and were thought to be fixed to the sea bottom by a stalk. Now it has been discovered that they use their feathery arms to crawl, dragging their stalks behind them.

Algae are usually aquatic organisms that appear as a kind of growth, or slime, on top of bodies of water in a range of colours. Even though they look like plants, they don’t move and can photosynthesize, they are not plants as they have animal characteristics as well. Seaweeds are macro algae. They are divided into green, red or brown families. Kelp, which forms massive underwater forests reaching heights of 80 mts, is a key ingredient in many Asian meals.
Kelp is brown algae. A green algae, called Nori seaweed, is used in Japanese cuisine to wrap sushi and rice. Red Dulse is a snack in Ireland and Iceland that some claim tastes like bacon when fried. But in spite of their plant-like appearances and animal-like tastes, nori and dulse are red algae. Neither plant nor animal. Chondrus crispus, commonly known as carrageenan moss, is a red alga used in salad dressings and sauces, diet foods, meat and fish products, dairy items and baked goods, as is agar. Porphyra is a red alga used in soups, sushi or rice balls. In Belize, seaweed is mixed with milk, vanilla, nutmeg and cinnamon to make a beverage called "dulce". Seaweed is an ingredient in toothpaste, cosmetics and paints.

Mushrooms are often treated like vegetables, but fungi (which includes yeast and mould) are actually closer to animals than plants. Like plants, they do not move, but they also don’t perform photosynthesis. Instead, their source of molecules and energy are other organisms. Instead of  “hunting” them like animals, they either grow on top of them (soil, trees, human feet) or on top of decaying dead organisms (dead bark, dead animals, bread). Due to their close evolutionary relationship to animals, eating a portabello mushroom in a bun is much closer to eating a hamburger than a soya substitute. Yeasts are used in bread and beer.

Euglema is another commonly seen being, in pools of water that is neither plant nor animal. It is pear shaped, single celled and has a whip like tail which propels it through water establishing it as an animal. Yet, it has chloroplasts like a plant has. It makes its own food like a plant, but it eats other things like an animal and has an eyespot which is sensitive to light. It was discovered in 1660 A.D. but it still defies any known category.

In 2012 scientists came upon another of nature’s miracles: a strange green creature, neither plant nor animal, called Mesodinium, that lives at the bottom of the sea. It looks like a ball of wool gone wild. Using its hundreds of small hairs, it moves rapidly through water, finding plants to eat – after which it changes into a plant.

The strange, single-cell green creature, found in Danish waters, finds tiny plants that contain chlorophyll. And when Mesodinium chamaeleon eats the plant, it becomes a plant.

There is no combination that God/Nature has not thought of first! Am I going to be eating mushrooms again? Perhaps not.