Wishing you in advance a Merry Christmas and a Happy New Year.
ECONOMY: Indian is having a large human capital, both physical and
intellectual. A recent report titled “Why this is India’s decade” by Morgan
Stanley has forecast that that India will account for a fifth of total global
economic growth in the next decade. According to this report India’s GDP is set
to double from the current USD 3.4 trillion to USD 8.5 trillion over the next
decade. India will add more than USD 400 billion to its GDP every year. In
1857 Swami Vivekananda had also said that India shall be one of the major
global economies within 150 years. IMF has projected India’s GDP to grow by
6.8% in 2022-2.
Finance Minister Nirmala Sitharaman says continuous effort of government has
helped reduction of NPAs and government strengthening of Public Sector
Banks are now showing tangible results. It includes not only writing off NPAs
but merger of big banks along with so called alleged bad assets in previous
years and pumping in money.
RBI governor Shaktikanta Das has advised top bankers to remain watchful of
the macroeconomic situation, including global spillovers, and take mitigating
measures proactively so that the potential impact on their balance sheets is
minimised and financial stability risks are contained. RBI governor has further
said that the inflation will be less than 7%. Cost of production has risen due to
increase in rate of interest. Rise in interest rate does not control inflation.
RBI’s repo rate at 5.90%, which is quite high, is already pushing up interest
rates being charged to borrowers and others. Recovery through IBC process has
been unimpressive, with banks taking steep haircuts. Private investments can
pick up only after revival of risk appetite. Though the GDP growth is somewhat
expected to be around 6.5-7.0% this year, India will still be ahead of many
major economies, except for Saudi Arabia. FM Nirmala Sitharaman states that
inflation is caused by external factors like oil price, geopolitical factors, etc., a
view shared by US Secretary, Treasury Janet Yallen as well.

To combat inflation, green energy can be explored. Inflation is the result of
excessive dependency on fuels, therefore alternative sources like green energy
must be harnessed and explored on war footing. Incentives and all sorts of
support need to be given by the government. India has great potential
for solar, hydro and wind energy sources. A clean energy will help India reduce
its oil imports and thus control the Current Account Deficit (CAD). Attitude of
financial institutes / bankers will also have to be growth oriented.
GLOBAL ECONOMY: Global population is around 8 billion in 2022. The
figure increased from 2 billion in 1927. The population growth has been led by
Asian countries. Only 40% of the world population works. It is a challenge to
provide the basic necessities of life along with job.
IMF said that present global economic outlook looks even gloomier than
projected previously. Policymakers should continue to prioritize controlling
inflation which is contributing to a cost of living crisis. Physical and monetary
tightening is needed in many countries.
European Union and USA are going through an economic turmoil. Their growth
rates have slowed down with the rising inflation especially on account of rise in
petroleum products, crude and falling export, absence and negligible private
investment.
Restructuring and moratorium is the prime need to boost economic growth.
Animal spirit of wealth and job creators existing and new who have pains like a
Mother to nurture their enterprises and not involve themselves in any kind of
fraud.
The so called consultants without running an enterprise, view transactions as
fraud and without giving any opportunities to hear the de-rooted management
and examining external factors for downturn for their benefits.
The business of enterprises has then been almost closed and the enterprises is
sent to liquidation causing wastage of national wealth and shrinking jobs. 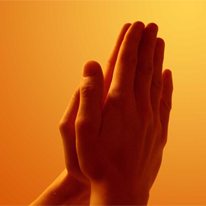 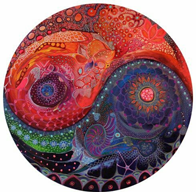 Never think that how much you are doing for God. Think how much God is doing for you. He has given t...

India is on track to become the world’s third largest economy by 2027, edging past Japan and Germa...

India needs to look within to become a world leader

While we take pride in India’s remarkable progress in the world, we often tend to forget to look i...