ACTIVITIES IN MINOR PORTS ARE INCREASING AT A GREATER PACE THAN IN MAJOR PORTS
00:00 am 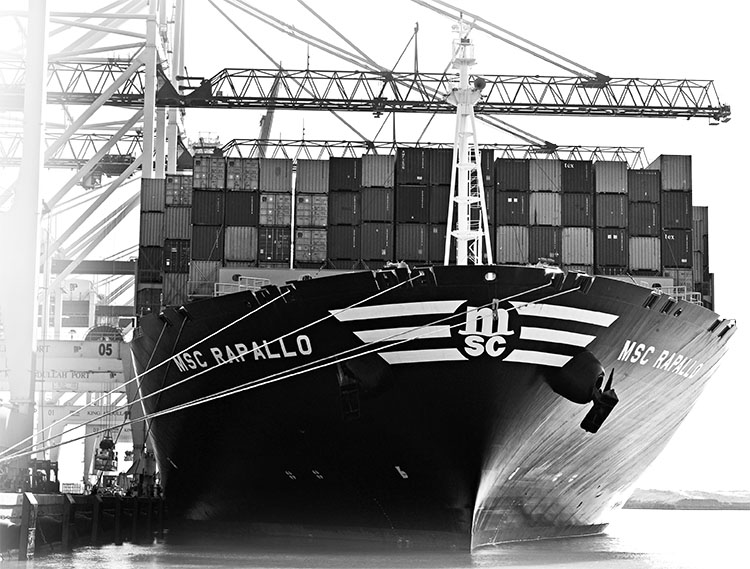 If you say ports are the lifeline of a country’s economic growth, it would appear to be a cliché. But it is the reality. With growing global integration, the Ricardian theory of comparative advantage, which advocates that countries benefit through international trade even when one country’s workers are more efficient at producing every single good than workers in other countries, seems to be playing an increasingly greater role. Trade between countries is growing, newer markets are being entered into and consumer behaviour the world over is undergowing extensive changes to accept foreign products.

The shipping industry is playing a pivotal role to facilitate this development in global trade. About 90% of the world trade is carried by the shipping industry. According to the International Chamber of Shipping, there are over 50,000 merchant ships trading internationally. The world fleet is registered in over 150 countries and manned by over a million seafarers of virtually every nationality.

During the past 20 years, the world gross domestic product and world merchandise exports have moved in tandem but export growth was more volatile than GDP growth. According to WTO data (International Trade Statistics 2015), world merchandise exports grew by an average 5% during 2000 and 2005 against a world GDP growth of 3%. If the sluggish post-crisis economic growth had a negative impact on world trade, it still grew at a higher 3% rate than 2.5% GDP growth.

India’s international trade (exports plus imports) in rupee terms has increased more than five times during this period from `8,764 billion in 2004-05 to `46,310 billion in 2014-15. According to the Ministry of Shipping about 95% of India’s trading by volume and 70% by value is done through maritime transport.

That is, activities in minor ports are increasing at a greater rate than in the major ports. Indeed, this has been a major change in India’s port sector in recent years. Minor ports are aggressively eating into the share of their major counterparts as shippers and ocean carriers frustrated with growing delays at some of the leading public ports are looking for alternative port facilities. The minor ports seem to have come as a relief to them.

“Non-major ports have been more successful in attracting higher private investment because they are perceived to be more business-oriented, customer-friendly, cheaper in general and more efficient,’’ the Planning Commission (NITI Aayog) said in a recent policy report ‘Ports and Shipping’. “This has largely been due to lower levels of regulatory and financial controls compared to major ports,” the report has added.

“The very draft at India’s major ports does not match international standards. This is a major constraint in traffic handling. Most major ports in India have a minimum draft under 10 metres, except for a few newer ports which have drafts of more than 14 metres,” the policy paper has observed.

The inadequate draft at India’s major ports entails extra time and costs as cargo originating from and bound to India is routed through transshipment ports like Colombo and Singapore. As vessels keep getting bigger, Indian ports need much deeper drafts. This would require increased investments on capital dredging. The capital investments for dredging apart, the port sector needs huge funds to expand its cargo handling capacity. According to Maritime India Summit 2016 Indian ports will require to handle a cargo of 2500 million tonnes while the current capacity is 1500 million tonnes. Recognising the task, Indian ports have already embarked on a massive port mechanization and modernization programme. Admitting the fund constraints the government is talking about public private partnership (PPP) to meet the future challenge.

But here again, the minor ports have an advantage over the major ports. As pursuant to the Indian Ports Act 1908, the responsibility for the development of minor ports in one of the maritime states vest with the concerned state government private investor who finds it easier to deal with. State governments have the opportunity to start almost from scratch and develop minor ports without being inhibited by existing institutional arrangements, labour and other vested interests.

The minor ports in India may have grown rapidly and have scored over their major counterparts, but this incidence has been far too skewed in favour of select states. “The growth in quantum of cargo handled at non-major ports has been primarily driven by growth in non-major ports in Gujarat and Andhra Pradesh,” the Indian Port Association (IPA) report said. IPA data show that the western state of Gujarat, which has the largest privately-owned ports of Mundra and Pipavav, accounted for 72.8% of the traffic handled by non-major ports, followed by Andhra Pradesh, at 16.2% and Maharashtra, at 5.6%.  Andhra Pradesh has 12 non-major ports, including the new modern, deep-draft Krishnapatnam on the country’s east coast.

These three states together account for about 95% of total volumes routed via non-major cargo hubs in 2014. And their supremacy will get strengthened in the coming years unless other maritime states wake up to transform their natural advantages to reality. According to traffic projections by the Ministry of Shipping minor ports are expected to handle 1.2 billion tonnes of cargo by 2019-20 with overall capacity going up from 800 million tonnes now to 1.67 billion tonnes then.