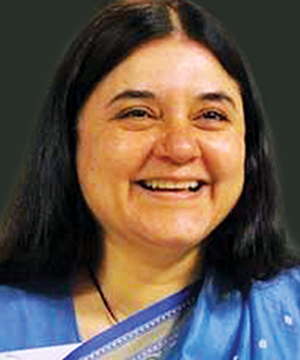 I’ve just finished reading ‘Ten Million Aliens’ by Simon Barnes, a collection of articles that looks at animals in a new way. According to Barnes 80% of the living animals on earth are nematode worms. There are 28,000 species, of which 16,000 are parasites.

They range from 2.5 mm to meters long. The longest known nematode is 13 metres long and it resides in the sperm whale. One cubic metre of soil contains more than a million. They are found everywhere: fresh and salt water, mountains, the bottom of the ocean, deserts and marshes. Two species, Halicephalobus mephisto and Plectus aquatilis live as deep as 3.6 km beneath the Earth’s surface and are the deepest-living multicellular organisms known. They are herbivorous, carnivorous, or parasitic.

Their common name is roundworms. They have a head, muscles, a mouth with teeth and an anus. Nematodes breathe across their entire body surface. Their bodies have a flexible skin called a cuticle and they shed it often. They survive heat, drought and snow, and simply ride out bad weather by wrapping themselves up in a cyst and shutting down, and then coming back to life when things are better. The nematode Caenorhabditis elegans is famous because it was the only living being to survive Space Shuttle Columbia disaster in 2003!

One nematode can lay thousands of eggs. Nematodes are also characterized by an unusual feature called "eutely," in which every individual of the same species has exactly the same number of cells.

They parasitize plants, animals and humans. You know them as hookworms, threadworms, lungworms, pinworms and whipworms. It is estimated that 25% of humans are infested with nematodes, especially those that live in hot, overcrowded spaces with bad water; especially those humans that don’t wash their hands after they go to the bathroom. Most nematode infections come from meat and fish. You can get stomachaches and diarrhoea from their eggs, and they are the second biggest reason for blindness.

How many ingenious ways do nematodes invent to survive? One species infects a tropical ant and cause its abdomen to become bright red. Those ants become sluggish. Finally, they get eaten by birds who mistake them for red berries. The worms develop in the birds and then excreted. The faeces of the bird is gathered by the same species of ant to feed its larvae. And so the cycle goes on!

The Sphaerularia bombi nematode parasitizes bumblebees. It moves into the bloodstream and then throws out its uterus. This swells into a huge long sac that is twenty times larger than the rest of the worm. The uterus becomes a giant feeding organ, taking in nutrients from the bee’s blood.

In 1862 the American Civil War left 16,000 soldiers wounded in the battle of Shiloh, Tennessee. The wounded soldiers sat in the mud for two cold, rainy, days waiting for medical help. The first night they noticed something very strange: their wounds were glowing with a faint light. It was discovered that those whose injuries glowed had a better survival rate and their wounds healed quicker.

In 2001, Bill Martin and Jon Curtis researched the bacteria found during the Battle of Shiloh. They learned that Photorhabdus luminescens bacteria live in the guts of nematodes. Nematodes hunt down insect larvae in the soil, or on plants, and burrow into their bodies to parasitize them.
They vomit out these bacteria which start glowing a soft blue colour and produce chemicals that kill the insect host and all the other organisms already inside it. The nematode and bacteria feed, grow and multiply till the insect corpse is hollow. Then the nematode eats the bacteria which hitches a ride to the next insect. The next insect victim comes quickly because the glow of the bacteria attracts insects to the body. The soldiers were saved because the chemicals used by the bacteria killed off other pathogens that might have infected the soldiers’ wounds.

The Grasshopper nematode, Mermis nigrens, attaches its eggs to plants. When grasshoppers come to feed on the leaves they eat the eggs. The nematodes feed and grow in the body and finally the grasshopper dies. The nematodes move into the soil, mate and the egg-bearing females emerge after the rains to lay their eggs on foliage to repeat the cycle.

Horsehair worms, Gordius robustus, have very thin, brown bodies with a blunt head and cleft in the hind end. They lay their eggs in long masses in water. The larvae are eaten by insects, like grasshoppers, crickets, beetles and caddisflies, as they drink water. The larvae feed on their tissues and blood. When the larva turns into an adult and needs to exit, it changes the behaviour of its host who seeks out water and throws
itself into it.

The nematode Pristionchus pacificus lives in the body of a dung beetle. It lays eggs only when the beetle dies, and the eggs live off the corpse. But how do the nematodes get into the beetle to begin with? Hundreds of larvae converge and glue themselves together into a single, squirming “worm tower,” which waits for a beetle to pass overhead. It is the only structure of its kind in nature.

The nematode Heterorhabditis bacteriophora is even smarter. It doesn’t feed directly on the moth caterpillars it infests. Ituses the guts of the caterpillar to farm other bacteria which it feeds on. They eventually become so numerous that the caterpillar dies before it becomes a moth. What does the nematode do to make sure the caterpillar is not eaten by birds? It turns the caterpillar from almost colourless to a pinkish red, and it starts producing light which birds and other insects can see and who quickly learn that the red, glowing bugs taste disgusting. This ensures that the infected insect will belong only to the worm. This is the only known example of a parasite that changes its host’s appearance to keep its predators away.