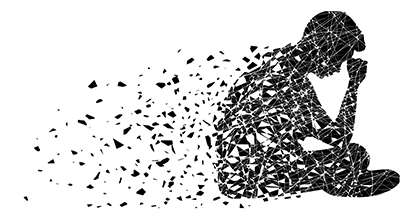 What is ailing workplaces? Factors like lost productivity, escalating absenteeism, and indirect expenses give birth to a negative work environment, which impacts business and leads to mental health problems. Mental health is a serious issue which often goes overlooked, regarded either as a taboo or as something insignificant. However, if not treated, they may lead to higher psychological risk factors.

With a truckload of work pressure, incessant working hours, and stiff deadlines, mental health problems are increasing at an exponential rate. In most cases, such problems arise due to harassment at workplaces, imprecise job assignments, employee inefficiency, poor communication and management, fewer resources and so on. Often kept under the veil of physical ailments, mental sicknesses can turn out to be threatening not only for the concerned person but for others as well. A mentally disturbed employee becomes a victim of his own illness. To escape reality, he often ends up resorting to a perpetual state of inebriation. His actions begin to have negative effects both in his workplace and at home. He does not get contentment from work and loses out on family time.

What seems to offer momentary relief could actually end up taking up lives. Cases of drug overdose and alcohol abuse are on the rise.  And this does not pertain to a certain age group. The most terrifying fact is that abuse of alcohol and drugs have penetrated all age groups, and even children have become victims of such exploitation.

A mentally sick person does not contribute to society but  rather, becomes a liability. A happy mind and a healthy heart is the key to efficiency and success. With increasing stigmatisation associated with mental problems, workplaces are bringing doomsday upon themselves.

Depression, anxiety, bipolar, and psychotic disorders are not prioritised as much as physical health issues. Mental health surveys claim that there is as little as one psychiatrist for three to four lakhs of Indians. This absurd ratio is an indication to the seriousness of the problem. Violent streaks of anger, hostile behaviour and suicidal tendencies have become dreadfully ordinary.

According to the National Mental Health Survey 2015-2016, the age group of 40-49 years was primarily affected by disorders pertaining to depression, stress and anxiety. Psychotic disorders in both the genders prevailed mostly within the age group of 50-59 years. It was also observed that mental disorder was predominant within people belonging to the lower-income groups.

How to deal with it

The recommended ways to cope with mental disorders are medication and counselling. Nonetheless, to heal an ailing mind, following a healthy lifestyle is the best way to go about. A proper diet, sound sleep, and exercise can have a momentous impact in one’s life. Mounting work pressure leads to eating and sleeping disorders, thereby, bringing about a drastic change in our lifestyle. The fact that the physical and mental health are essentially interlinked is crucial. With the help of proper food habits, one can have control of one’s mental well-being. A healthy and balanced diet has positive impact on the body as well as the mind. Often people give in to stress eating, which is mostly junk food. This, however, does more harm than providing momentary relief as it aids in the development of both physical and mental diseases.

Exercising, practising yoga, and meditation could help calm the mind and release stress. Physical activities release endorphins which help in raising one’s spirit and provide added energy. It is important to develop resilience in order to get a grip on trauma, stress and adversity.

It is only very recently that people are being vocal about their mental problems. Many national and international celebrities have publicly disclosed their mental problems. This inspired countless common people to be vocal about mental well-being. The recent Hindi movie, Dear Zindagi, has been a brave and remarkable attempt by director Gauri Shinde for depicting the need for counselling for mental health. In order to regulate mental problems, it becomes necessary for organisations to
arrange for mental health awareness programmes and sessions. It is our moral responsibility to normalise mental sickness and be clandestine about it to free it from social stigma.