Can Job Creation be the Main Target of Entrepreneurs
00:00 am 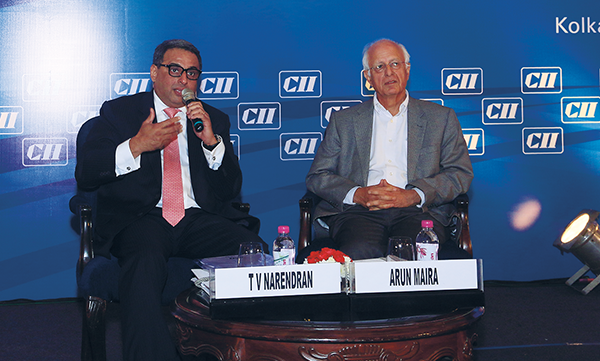 Afew days ago Arun Maira, author and management advisor, a former member of the erstwhile Planning Commission, appealed to a houseful of industrialists in Kolkata to consider job creation as their most important target. “Not merely think of ease of doing business, think of job creation,” said Maira. In this case Maira is very much concerned with the severe unemployment situation in India. Unemployment is considered as one of the biggest curses. Even when Mahatma Gandhi preached the use of charka, it was not a symbol of backwardness. Gandhiji targeted the need of employment of millions by working the charka to make cotton thread for cloth for the common masses.

Nature of growth of employment

Indian economy is famous for growth prospects. At the same time it is notoriously a failure in creation of jobs. Maira said that India has one of the lowest elasticity of jobs in the world per unit of growth in GDP. This means that India has been performing poorly to create job opportunity for the people. It is very difficult for the economy and polity to maintain law and order also if unemployment remains high for a long period. Generally, the emer-gence of new technology, mainly labour sa-ving technology, is considered responsible for this. But Maira considers industrial and social ideology have also made the matter worse in creating jobs.

Why should entrepreneurs give importance to job creation?

One of the basic assumptions in economics is profit maximization of the entrepreneurs. Does it go against job creation? Maira told the reporter that creating more jobs will go in favour of industrialists. More jobs means bigger market through higher purchasing power of the home market. If the market is bigger it will attract the foreigners also. This means foreign investments may come in a bigger way.

This has another con- notation on the backdrop of continuing global economic crisis. Econo-mists are trying hard to assess the nature of the crisis. But some of them, like Thomas Piketty, a French economist have suggested lowering in-
come inequality which can be a way to deal with this crisis. Income distribution in favour of the workers can increase effective de-mand in the economy. It will increase the market and GDP will move upwards. In Marx’s idea the problem of realization crisis can be solved to an extent in this process. Thomas Piketty in his book, Capital in the Twent -First Century, shows that historically, particularly from the industrial revolution, wealth has been growing faster than the growth of GDP. Other things being the same, faster economic growth will diminish the importance of wealth in the economies. On the other hand slower economic growth will lower it. Piketty thinks this is a natural process. Only government intervention by adopting taxes on wealth can prevent soaring inequality contributing to economic and political instability down the road.

In case of India government intervening in the process of higher job creation, bigger job opportunities will have a power to increase GDP along with lowering inequality.