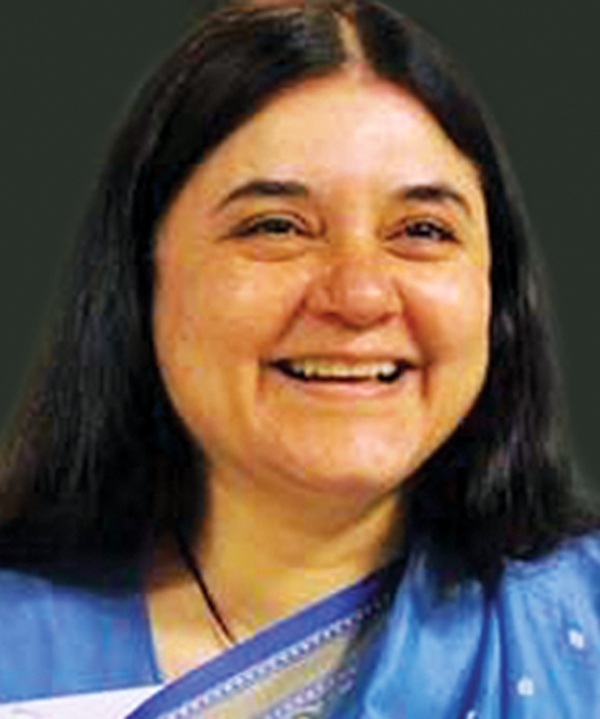 A few months ago, a friend of mine said that his son wanted to do hotel management but he was not going to allow him since he didn’t want his son working with meat and eggs in any form. It was then that I remembered Mr. Luniya and his crusade.

It just takes the determination of one person to change a system. I know – because in many a case I have been that one person. There is a saying attributed to Mahatma Gandhi- “First they ignore you, then they laugh at you, then they fight you, then you win.” And another by union leader Nicholas Klein in 1914 ― “And, my friends, in this story you have a history of this entire movement. First they ignore you. Then they ridicule you. And then they attack you and want to burn you. And then they build monuments to you.” So many things that are now taken for granted, whether red and green dots on food, no animals in circuses, camels off the beaches and banned for slaughter, dissections in schools, and other educational disciples, hundreds of protection rules… to name just a one millionth of the changes. I know hundreds of change-makers across India and it is a delight to work with them because they are knowledgeable, focused and brave.

Some years ago a Chartered Accountant called Chandrashekhar Luniya decided that it was impossible for vegetarians to join a hotel management course as they would compulsorily have to learn how to cut animals and cook meat dishes.

So he started writing letters to the ministers, the bureaucrats, and lobbying in his own community to make this into a major issue. He came to Delhi and pursued it. He brought in people to write. 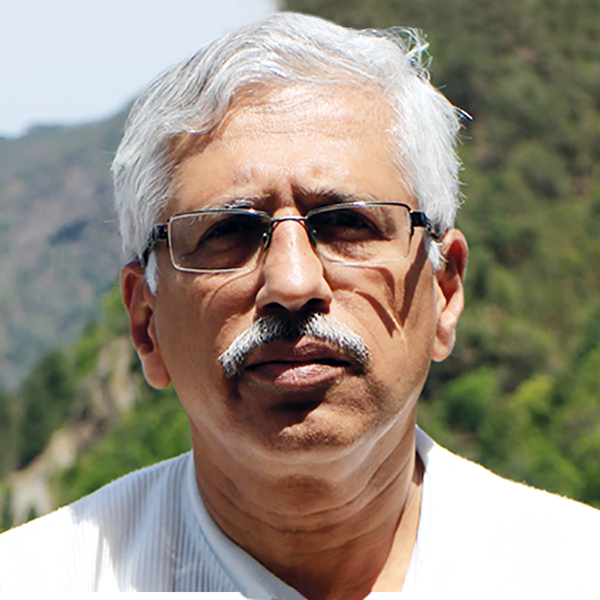 He made a very persuasive case:

There are religions that eat only vegetarian food. Why should a student learn what he was not going to do for the rest of his life? By making non vegetarian food education compulsory, many vegetarian children were deprived of the opportunity to learn hotel management, as it went against the wishes of their families and religions. (I know that I did not take biology when I was in school only because of the dissections that were compulsory at that point).

In Hotel Management syllabus there are more than 40 subjects – laws, front office, ticketing, accommodation, travel, accounting etc – of which culinary skills is just one subject. So, by not giving a choice in this one area, they are deprived of learning that entire skill.

Not only is education across the globe becoming more flexible to allow for more and more disciplines and career choices, by straightjacketing this course, we don’t allow our rich vegetarian culture to spread across the globe.

Since the students taking the courses were all non- vegetarians, they would have less understanding and respect for the norms of vegetarians. The same dishes would be used, the same cooking utensils, there would be laxity in washing one’s hands. They would tend to skim over the details, in desserts for instance, and serve things with egg in them. Or fry vegetarian foods, like French fries, in non-vegetarian oils.

Vegetarianism is the fastest growing movement across the globe and there are sites which offer thousands of vegetarian hotels for travellers. There are many hotels, airlines and cruises that serve only vegetarian food. There are places of Pilgrimage where Non-Veg food is not allowed. These vegetarian students can work in Hotels at those places, or can start their own restaurant or facility centres. Generally, in most of the Marriages, Religious Ceremonies, Family functions/programmes, the food provided is only vegetarian. We need better trained chefs in all these places.

Students with very low marks are taken into these institutes, as potential applicants while much higher marks stay away due to this one reason. If the vegetarian option is created, there will be competition and more and more children with passion and intelligence will come to this industry and overall standards will go up. In fact, such institutions will start attracting students from other countries where the option does not exist. Even the housewives can take up these degrees, start their home catering.

Our vegetarian food itself will evolve as more research is done on it.

People are becoming more and more health conscious. Healthy vegetarian food is gaining acceptance. If there is more emphasis on vegetarian training, then the next step is the demand for organic vegetables, and this will help farmers.

Yoga, Ayurveda, and other ancient medicines are based on Vegetarianism. With the availability of options for Vegetarians, vegetarian food will become better and more people will turn vegetarian, becoming healthier in the process.

This is the world’s largest business and service industry. But the business community, which is mainly vegetarian in India, stays away from it. If they were guaranteed excellent trained vegetarian cooks and staff, perhaps more investment would come in.

Most middle and lower class restaurants (dhabas, for instance) announce themselves as vegetarian or “both”. Since there is a lack of cooks trained professionally in just vegetarian food, the quality of food in these eateries depends on the luck of the draw, as people who come to work for cooks have learnt their trade at home. These vegetarian restaurants will get quality man power which is in shortage now. Since 50% of our population is vegetarian, totally or partially, why should they not feel at ease while travelling. (This is my favourite point. I travel a lot and I am always in search of dhabas that are only vegetarian. These usually turn out to be very ordinary with a huge emphasis on paneer, which I don’t consider vegetarian at all.)

Ultimately the Deputy Speaker of the Rajya Sabha, Prof. P. J. Kurien, wrote to the Minister for Tourism on April 15, 2016, and the minister, Dr. Mahesh Sharma, wrote back on August 4 saying that the Ministry would commence the option of vegetarian cooking as part of the B.Sc Degree programmes in the Central Institutes of Hotel Management directly  under his Ministry. He said that they would start with the Management Institutes of Ahmedabad, Bhopal and Jaipur in 2016, establish a separate kitchen and bakery, additional staff and then extend it over the next year to all 18 institutes. In 2017, this option is now available in Six IHM’s: Gandhinagar, Bhopal, Jaipur, Chennai, Hajipur, Shillong. The admission process has started in December 2016, the JEE was held in April 2017 and now the counselling round is in progress.

This is a great new opportunity. Take advantage of it and
apply now.