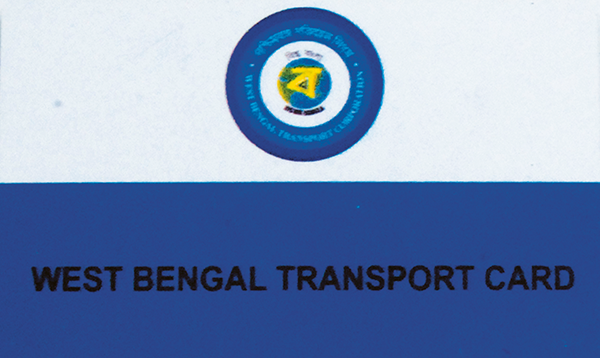 Commuting will now be easier in the city of joy. The
West Bengal government has recently initiated the Pathadisha app aimed to infuse a smart and transparent
public transport service.

As one of the most densely populated cities, Kolkata faces a huge challenge in providing a safe, efficient and reliable transport system to meet its economic and social needs. According to a recent World Bank study, the Kolkata metro-politan area still offers the highest economic potential because of its comparative advantage, retail transit and distribution areas. As the metropolitan city continue to be a thriving economic hub of eastern India, the World Bank has invested $3 million for a dedicated freight corridor, from Ludhiana (Punjab) to Dankuni (West Bengal).

At a recent event in Kolkata, Shuvendu Adhikari, Minister-in-Charge, Transport Department, Government of West Bengal launched the Pathadisha app to enable a smooth and safe commuting experience for the people of Kolkata.

Quite similar to smart cab operators like Ola and Uber, the West Bengal Transport Corporation (WBTC) will also use artificial intelligence, BOT, to receive inputs from commuters via Pathadisha, analyze them and provide feedback to both passengers and officials in WBTC to suggest improvements.

Alapan Bandyopadhyay, Principal Secretary of the Transport Department, Government of West Bengal, said, "The BOT will store all the data and continually analyze them to give us an idea of commuter behaviour, sentiments, suggestions and commuting patterns. This will shape more reflective policies in the transport sector as they will be based on data and not perception.” The app also has a simple driver and conductor interface that will enable commuters to know whether there is a seat is available in a bus or not.

Pathadisha will assist commuters with sharing the trip information with their families in order to keep them updated about the route and their exact position. Crisis response is an added advantage associated with this app. The buses will be fitted with GPS systems and to ensure safety of women and other passengers, every bus will be equipped with CCTV and a panic button. It can be pressed during any emergency. In the event of a mishap, the police, hospitals, fire stations and other agencies will get an alert and prompt assistance can be mobilized. Sanjoy Chatterjee, Director, Ideation Technology Solution, the technology partner in Pathadisha, said, “In case of fire or accident, messages will be automatically transmitted to nearest hospital, nearest police station and disaster management group so that rescue operations can be undertaken immediately.”

Shuvendu Adhikary stated, “The pre-paid electronic transport card will be introduced in 700 buses now and another 300 buses in a few months’ time. This will stop pilferage in expenses in state transport undertakings, save passengers and bus employees from small change crisis and bring more transparency in the transport system.” He also added that the smart card facility and Pathadisha app will also be extended to the waterways with the World Bank as the development partner.

Apart from Pathadisha, the state government also launched the transport card in the same event. Commuters can recharge it by `500- `1000 for using it in the state bus service. The card is currently on sale at five major bus stations in Kolkata and will soon be available at 20 locations across the city. These chards will be charged online and the user can recharge the cards electronically.

A website has also been created that will inform about routes and the fare chart. The website, Transport.wb.gov.in- will deliver citizen and commuter-oriented information to commuters.

The transport secretary stated, “We are trying to initiate electronic smart governance through state bus services. Online booking can also be done which is likely to reduce pilferage and spending costs.”