Coal India taking a lead in improving the sector
00:00 am 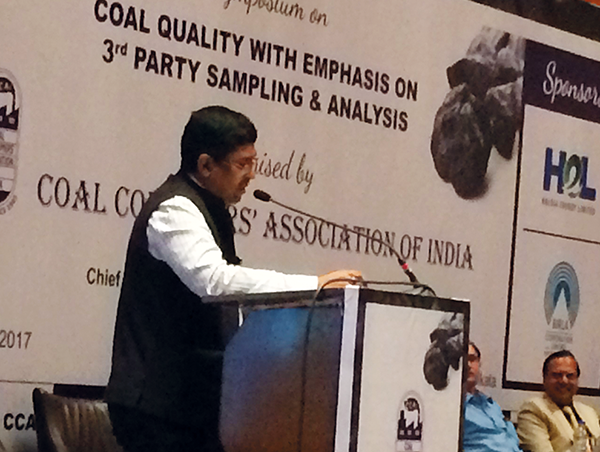 Coal is an important source of energy. It occupies a central position in most economies’ energy policies. India is an emerging global economy and its energy demands are on the rise, with the renewed focus on heavy industries through programmes such as Make in India. Under the leadership of Sutirtha Bhattacharya, Chairman, Coal India Limited, India has scaled such a stage where it can afford to export coal.

Though the sector has developed significantly, there are some aspects where it still lacks credibility. According to Anjani Kumar, Coal Controller, the quality of coal is crucial. Indian coal consumers are mostly peeved with the quality of coal they get. In many cases it is said that the consumers do not get the grade of coal which they pay for and that is a major issue as it hampers production.

Lack of trust between the consumers and the producers is giving way to the third party sampling and analysis in the sector. To meet this problem an intra-state gradation unit has been set up with the help of the IITs. Indian coal is not indigenous.

It is created by drift in the earth’s crust. So every layer of each sample has a different grade in the Indian case. Coal India has pledged to upgrade its laboratories. Bhattacharya also added that all the consumers should also internally check the quality of the coal that is supplied to them. Anjani Kumar stated that if the producer supplies coal as per the required grade, then there will be no need for third party sampling.

Sutirtha Bhattacharya informed that the railways should also be included in the process to create green channels which will help in increasing storage time. Railways and new plants will help in this case. Mining technology is also another important aspect for this sector. The most recent and improved technology can guarantee an assured quality of coal for the consumers. Coal India has an online tracker to know where their coal crates are going for grading and sampling. If the proper grade of coal is not supplied to the
consumers, then the consumers are entitled to compensation, according to Coal India sources. The main motto for Coal India is to first fix the quality and ensure transparency. Secondly, third party sampling will be strengthened and finally the issue of taxation will be taken care of. Coal India is trying to create a comfortable atmos-phere for consumers. One can expect that with such measures in place, the coal sector can grow significantly.