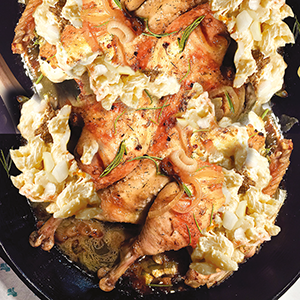 In a country like India, it is odd that we should have so many couples going to doctors complaining about their inability to have children. A number of men, predictably, put the blame on their wives. But when family pressure forces them to take tests, then it is usually the man who has a low sperm count. This is not God’s will, as the family priest would say. This could be a direct result of your diet.

Diet has a huge impact on sperm count and its quality. Diets high in meat and dairy are not just bad for waistlines, they have a negative impact below the waist. They lower sperm count, size, shape
and concentration.

Advice from doctors, to men with fertility problems, ranges from stopping smoking, wearing looser underpants, keeping laptops away from laps and having less sex so that the sperm build up. But the most important part involves the GIGO principle: Garbage In, Garbage Out. The Director of the Men’s Health Clinic, Wake Forest University, Dr. Ryan Terlecki says that “We’ve noticed that fertility has been decreasing over the last several decades. Most men have never even heard that anything in their diet could impact sperm count.”

A large body of research suggests that the foods you pile on your plate may play a role in the number of sperm you have (count), whether they’re normally shaped (morphology), and how well they move (motility).

In 2006 a paper presented by Kochman, Herko, Brewer, Andolina and Song from the University of Rochester showed the link (“Dietary antioxidants and sperm quality in infertile men: Annual Scientific Meeting of the American Society for Reproductive Medicine”): Infertile men were twice as likely to have a low intake of fruits and vegetables compared with fertile men.  Specifically: men with the lowest intake had lower sperm motility than men with higher intakes. Simply eating fruit and vegetables improved fertility. A 2011 Brazilian study found that men who ate more whole grains – such as wheat, oats, and barley – had higher sperm concentrations.

Three more studies published in Fertility and Sterility said the same thing and this time cheese and dairy products joined the semen destroying list. Whole milk may leave you with a fraction of the healthy sperm you should have. Young men who eat two servings of full-fat dairy — especially cheese and whole milk — per day tend to have fewer motile sperm, according to a 2013 study in Human Reproduction.

The latest study of 99 sperm donors done by
the Massachusetts General Hospital,
Brigham and Women's Hospital and Harvard Medical School led by Dr. Jill Attaman, a reproductive endocrinologist at Dartmouth Hitch-cock Medical Center, showed how diets influence sperm. Those with the highest saturated fat
(from meat and dairy) had a 43% lower sperm count than those with
the lowest intake. Reduction of fat in the diet not only improved general
health but their reproductive ability.

Denmark ranks 185th in the birth rate out
of 221 countries and its population is shrinking rapidly. But is it a conscious decision to stop having
children or something else? A study, conducted by researchers at Rigshospitalet Copenhagen University National Hospital
and published in the American Journal of Clinical Nutrition,
suggests that the reasons for the low birth rate may be the shrinking sperm counts in Danish men because of their diet.

Replacing meat with plant-based protein can reduce infertility risk in women, according to a study in the American Journal of Obstetrics & Gynecology. Simply put: a frequent consumption of meat leads to a decrease in successful pregnancy and fertilized egg implantation. Women who eat Heme iron are 40% more at risk for infertility than women who eat nonheme iron—the kind found in lentils and spinach (Chavarro JE, Rich-Edwards JW, Rosner BA, Willett WC. Iron intake and risk of ovulatory infertility. 2006).

Studies have found falling sperm counts in many countries around the world with diets newly rich in saturated fats as a result of improving economies and the ready availability of fast foods.

Other lifestyle changes include eating organic. In a study presented at the 2014 American Society for Reproductive Medicine Annual Meeting, men who consumed the most
pesticide residues, consistently in their food, had 64% fewer normal sperm and 70% fewer motile sperm than
men who took in the least.

Drinking alcohol may have a negative impact on sperm concentration and motility, according to a 2012 Brazilian study of men seeking fertility treatments. A Danish study found even a modest but habitual alcohol intake may compromise sperm quality. A much better alternative is pomegranate juice.  In a Turkish study, male rats given pomegranate juice on a daily basis experienced a boost in sperm count and motility. The purple juice is a rich source of antioxidants, like vitamin C, and although this was an animal study, other research has linked a high intake of antioxidants in men to better semen quality.

In a new Brazilian study of 189 healthy thin young men, published in Human Reproduction, regularly drinking sugar-sweetened drinks — slightly more than a serving per day — was linked to poorer sperm motility. If you need a shot of sugar, make it from fruit which, in the study, was positively related to sperm quality.

So, if you want to increase your chances of having children, eat your vegetables and fruit, specially lentils and spinach, and ditch the dairy and meat.