Digital Music industry in India is touching the sky
00:00 am 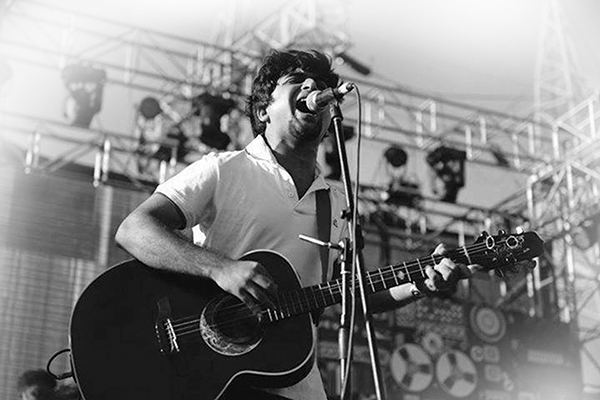 The digital music industry in India is in a growth mode. According to a report ‘Digital Media: Rise of On-demand Content’ presented by a consulting firm Deloitte, India’s digital music industry is expected to reach `3,100 crore in revenue while the number of online music listeners is expected to reach 273 million by 2020.  It is estimated that the video subscription market will make a profit of `3000-4000 crore by 2020.

Deloitte reported that Indian mobile internet users mostly devote their time on social media and entertainment. Out of the total time spent on digital media by the youth, 21% is exhausted on audio and video entertainment. Ringtones, ring back tones, downloads and mobile radio streaming services, besides downloaded singles and albums from  online stores are generating additional fees from mobile subscribers and more licensing revenue for record companies.

Durjoy Choudhury, founder of Friday Night Originals, opined, “The digital music industry is a fast-growing industry worldwide. In India, digital music production, distribution, promotion and sale have increased exponentially. An independent artist from Kochi is able to reach his audience in Shillong or Delhi or Kolkata easily. Five years ago, this was a distant dream. It is the best thing that could happen to the music industry of India, mainly from the perspective of independent music.”

According to a study by Nokia in 2015, music applications are the third most popular items to be downloaded followed by games and social networking apps. In India, music is the most downloaded application and the second most used application after social networking. The demand keeps growing. Rahul Mukherjee, a software engineer from Tata Consulting Services (TCS), said, “I am in IT sector and hardly get time to enjoy at home. What keeps me motivated are the songs that I hear while I travel.  There is no end to good music. I download songs almost every day. Apps like Gaana.com and Saavn are my saviours.”

The digital music industry has generated a lot of employment in the last few years. Durjoy Choudhury added, “The employment that is being created is huge. Several start-ups are coming into the market like OK Listen, Bandcamp, Spotify along with artist promotion start-ups like Muslate, Yahavi, Reverbnation, and artist management start-ups and record labels like OML, VLT, Big Band Theory. Then there are the upcoming independent production start-ups, which produce not for the popular media of the television but for the internet media on platforms such as YouTube or Vimeo like Sofar Sounds, Balcony TV (both UK based), Dewars’ and finally Friday Night Originals.”

According to International Federation of the Phonographic Industry (IFPI) Global Music Report 2016, there has been an increase of 10.2 % in digital music revenues, which have soared to $6.7 billion, with a 45.2% increase in streaming revenue more than downloads and physical formats. Recently, industry revenues grew by 3.2 % to $15.0 billion, leading to the industry’s first significant year-on-year growth in nearly two decades.

Streaming is in demand as people are opting to stream music through their computers, smartphones and tablets. It has risen from 8 million users in 2010 to 68 million in 2015. Online radio and live performances known as performance rights contribute 14% of the total industry revenues. A miniscule portion of the industry earns from the synchronization of income which includes the use of music in TV ads, films, and brand partnerships.

Listeners are attracted to utilizing the web for its myriad options. Spotify, which contains 35 million songs, SoundCloud and YouTube with their abundant remixes and unique contents, are ensuring the growth of the digital music industry.

Gaana.com mentions that the site currently has almost 3 million unique visitors per month. Hungama has 20 million users via various touch points and its paid download has reached 75 million across digital entertainment content in the form of music tracks, music videos, movie streaming and more.

Even though the sector has benefited hugely, it is plagued with certain problems that need to be resolved to ensure its growth. One of the major challenges faced by the industry is related to the revenue sharing pattern. There is disagreement on how the streaming income is divided among record labels, music publishers, recording artists and songwriters. Although rights’ owners are guaranteed minimum per-stream payments, streaming deals are mostly revenue-sharing arrangements.  As streaming services are unable to sustain loss-making  ventures without end, DSPs need to focus where revenue sharing  arrangements outperform the minimum guarantees.

It is during the release of a music album that marketing is given importance. An album release profits within the first month of the release. After this period, marketing for the particular album generally drops off, as the label focuses attention elsewhere. This becomes a problem for the music industry as it moves towards the streaming model. Successful album sales in the first weeks will only be of immense benefit to the label.  Other stakeholders are required to focus on driving sustained listening if they want to make sufficient money. Instead of “purchase marketing campaigns”, “playlist marketing campaigns” will take centre-stage.

Not only this, many music companies are trying hard to evolve their data systems. Through such systems, they can report usage and royalties to artists, songwriters and other companies. Even with the existence of appropriate systems, there is a necessity for the artists and the songwriters to be able to easily navigate this data.

The experience of listening to music anytime anywhere at a nominal monthly fee or for free has rewarded the industry with gains and success. No matter how much digital music industry has evolved in recent years, one thing that remained untouched is the audiences’ desire to watch their favourite singers perform live. If the loopholes are rectified and technology is utilized smartly, digital music industry will reach new heights.