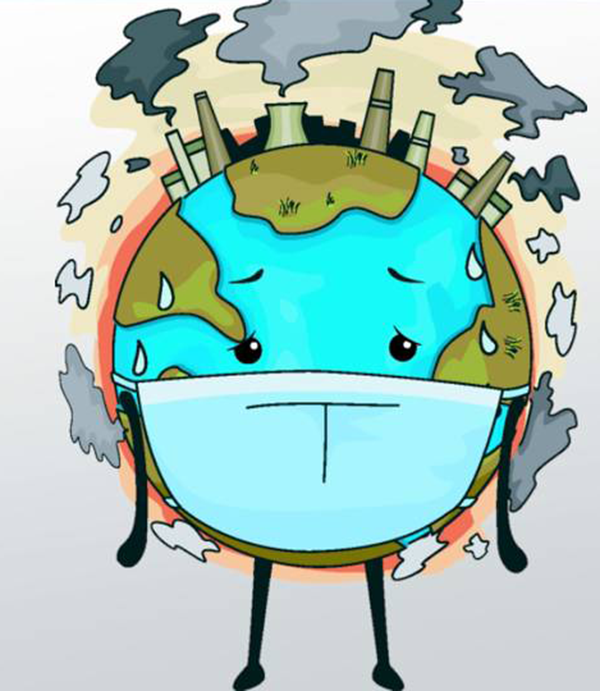 In November 2017, air pollution in Delhi spiked beyond acceptable levels. Levels of PM 2.5 and PM 10 particulate matter hit 999 micrograms per cubic metre, while the safe limits for those pollutants are 60 and 100 respectively. Air pollution has become a threatening menace for Delhi residents. Chamber of Indian Trade and Industry while welcoming the various steps taken on the subject has given their suggestions to Dr. Harsh Vardhan, Minister of Environment, Forest & Climate Change for consideration.

The Delhi Municipal Corporation, the Government of Delhi and the Municipal Corporations of Ghaziabad, Gurgaon, Faridabad and other important towns of NCR should be directed to use vacuum pumps fitted vehicles to suck road dust from different areas as dust is one of the main sources of air pollution (accounting for about 38%). The concerned authorities should import dust sucking machines urgently.

Sprinkling water on roads should be made compulsory for the municipal corporations in NCR, Uttar Pradesh and Haryana. Regular sprinkling of water can control the spread of dust particles. This should be made a normal practice. Some of the corporations have water tankers, which can be used for this purpose. Fire service vehicles can also be used.

Conversion of vehicles to CNG

The owners of private vehicles in NCR should be encouraged to convert their vehicles to CNG by giving them some time and incentives. If more CNG pumps are installed in NCR towns, the speed of conversion shall be faster. Vehicles older than ten years are still plying and the government must be proactive in withdrawing them.

There is no checking of overloaded diesel trucks and tractors and trolleys which enter the NCR region. Strict checking should be ensured.

There are several unauthorised and unregistered industries which are running in domestic areas and causing pollution. There is no check on such industries. Special checking squads should be deputed for this purpose in the entire NCR region.

Impact of closure of industry

As of now, there are so many bodies giving different orders. Industry only accounts for 11% of air pollution. By the closing of industries on the pretext of population, we are hitting development of the country and employment. Closing industries is the easiest step to implement. As per EPCA (Environment Pollution Control Authority), in PM 10 and PM 2.5 the industrial contribution is only 11% whereas the major contributors are road dust (38%), vehicular pollution (20%), domestic source (12%) and others.

There are no clear guidelines regarding emissions such as SO2 and Nitrogen Oxide (NOx). Earlier the Supreme Court of India had directed the Ministry of Environment, Forest and Climate Change to formulate the norms for SO2 and NOx for the industry by June 30, 2017. Emission standards (SO2 & NOx) for pet coke and other fuels are fixed and can be achieved through the installation of wet alkali scrubbers. Interestingly, out of all the fuels used, pet coke is being labelled as a polluting fuel because of higher sulphur content and it is alleged that it emits SO2, which pollutes the environment. However, as per the latest report from CPCB, the SO2 level in the entire NCR region including Delhi is well within the prescribed limits. Other that on SO2 levels, PM 10 and PM 2.5 levels in the gases emitted by the use of coke are also well within prescribed limits.

The only alternative to pet coke is imported coal or natural gas. For imported coal, the economy will have to spare sufficient foreign currencies which is not good for the health of our economy. For conversion to natural gas, existing boilers and other equipment have to be changed resulting in heavy capital expenditure which most of the companies may not be able to afford. Besides, gas fired boilers are not available readily, but are supplied by manufacturers against specific orders and the delivery time is around eight months. Even then there is no guarantee that natural gas will be continuously supplied. In 2002, around 11 units in NCR were using CNG which was stopped with a notice of seven days and companies have suffered huge losses. Such situations can occur again. The industries are already under tremendous stress. The ban on use of pet coke will prove to be the final nail in the coffin. Over 25 lakh workers will be rendered jobless in Faridabad, Ghaziabad, Gurgaon, Patipat, Sonipat, Noida & Greater Noida and Sikandrabad. Besides, natural gas is four times more expensive as compared to pet coke and the industry cannot afford it in this competitive environment.

As per an earlier order of the Supreme Court, the industries are already in the process of procuring and commissioning wet scrubbers and other pollution controlling technologies to bring down the emission levels of SO2.

There has been no action by the authorities to control dust pollution. They are facing stiff opposition from farmers in their drive to control stubble burning. On the contrary, the industry is always agreeing to fully comply with the norms and yet they have been punished by order of closure.

CorruptionThe main problem is the lethargy and corruption in the system. Various measures suggested and directions issued by the NGT and EPCA are not being sincerely implemented. Unless compliance of EPCA directions and NGT orders is initiated, it will be difficult to control air pollution in NCR.