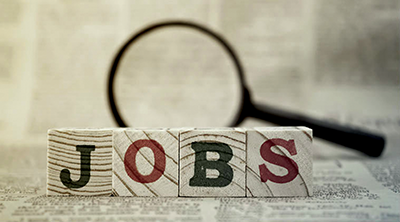 Nobel Laureate and economist Paul Krugman has  recently remarked that lack of employment poses the biggest risk to India even as he has remained optimistic about the growth story that will be driven by the world’s fastest-growing economy’s young population.

With the fear that India is experiencing a jobless growth and skepticism abounding in the country that the government’s reform measures are failing to create enough new jobs, policymakers are facing a difficult challenge.

India will need to generate 280 million jobs between now and 2050, the year when the working-age (15-60 years) population will peak, according to a new United Nations Development Programme (UNDP) report titled, ‘Changing the Future: How Changing Demographics can Power Human Development’. The report has warned that the country’s demographic dividend could be at the cusp of a disaster unless enough jobs are created to these new entrants.

But 2050 is still a distant future. Right now, the panic of a squeezing job market has become the centre of debate. According to Krugman there are two schools of thought on the state of employment in India. One is the fact that more and more people are coming into formal employment, which could be a trigger for growth while the other is the fact that the mass unemployment in India is a potential trigger for an economic catastrophe.

But despite this dichotomy Krugman is optimistic about India’s economic prospects. His optimism stems largely from Indian technocrats’ ability to catch up on technology with the advanced peers. This probably explains a part of India’s high economic growth without corresponding rise in employment.

Interestingly, if high economic growth does not necessarily create proportionally more new jobs, a lower growth and deceleration in economic activities affect the job creation more than proportionally. Despite remarkable GDP growth in the post-liberalisation period, India witnessed a high discrepancy between the rate of growth of the economy and the rate of growth of employment. Employment elasticity to output has declined over time and the capability of the economy to generate employment has shrunk. As a result, more that three-fifths of Indian workers are still engaged in farm pursuits and more than 90% of the workers are found in the unregistered segment of the economy.

Following the basic economic law of development, every developing country, at some point or other, tries to shift workers or unemployed workers of the agrarian sector to industry. India, too, has tried this, but its record has been an unhappy one due to policy gaps.

It is not that India has not seen job creation in recent years. A large number of jobs have been created. But these are low quality, temporary jobs in construction, and the illusory employment generated in rural employment guarantee programmes. Instead of moving into equilibrium where industrial jobs are generated in tandem with economic growth, the country is in a trap of poor-quality unsustainable jobs.

This has happened despite the fact that the country was provided with an opportunity in the second phase of economic reforms to rectify its mistakes. By 2004, India had overcome many of its problems that had made rapid industrialisation difficult in the past. Technology was no longer a problem, capital investment – both domestic and foreign – were available, and most importantly, the country had a huge population in the working age group that permitted a very strong cost advantage. To note, the participation of the private sector in higher and technical education had facilitated the training of a vast pool of youths in different fields.

One reason for the failure to generate enough jobs in the manufacturing sector probably owed its origin to technological upgradation. Better technology required more capital but less workers as now machines would do the job for the workers.

This has been the story of Indian industries in the  post-liberalisation years; a continuous upgradation in technology has steadily reduced the requirements of labour even as the output generation has gone up at a higher rate. May-be, this explains partly the decline in the employment elasticity of output.

But then this is not unique to India. Technological upgradation has reduced the requirement of labour and has increased capital-intensity of factories the world over. It is a different thing that India needs more and more jobs to employ its ever increasing army of workers.

Labour productivity, measured simply as per labour output generated, has gone up significantly over the years. During 2005-06 and 2015-16, the productivity of an  average factory worker in India had gone up 2.3 times from Rs 20.94 lakh to Rs 47.9 lakh. That is, an average worker now generates output equivalent to what 2.3 workers generated in 2005-06.

This was possible because of technological upgradation. This is amply evident in the sharp rise in the capital-intensity of factories. The amount of capital invested for an average worker increased 2.8 times during this period, from Rs 9.90 lakh in 2005-06 to Rs 27.4 lakh in 2015-16.

That manufacturing India would opt for better technology to raise its competitiveness in the new era was imperative. The industry would now need fewer workers to produce the same amount of output.

The industry became the country’s largest and most diverse private sector employer with a direct workforce of about four million, and effecting over 10 million indirect jobs. At the same time the industry’s relative share in India’s GDP has swelled to 9.5%.

But that seems to be its golden past. After growing at a breakneck speed for nearly four decades the industry is now facing a survival challenge. The problem is coming from higher automation and technological innovations which are putting pressure on the functioning of these companies. The industry is at the crusp of major transformation due to proliferation of advanced digital technologies like business analytics, cloud, mobility, internet of things (IoT), security, artificial intelligence (AI), machine learning and robotic process automation (RPA).

This has shifted market spent; the spending on digital platforms is increasing with a major focus on all these technologies while the spending on traditional IT services is declining. This would provide an opportunity of a different kind but would leave many of the present hands redundant. Automation is threatening to cut lower end jobs which are more repetitive in nature and can be done with minimal human interference.

In fact, if automation or geopolitical developments are forcing IT companies to reduce workforce, the rising wage expenses is eating into its margins. Look at the figure for India’s three IT majors, TCS, Infosys and Wipro. The aggregate wage bill of these three companies increased by a whooping 90.7% in last four years, between 2012-13 and 2016-17 but their revenue has increased 66.8% during this period. This clearly indicates that mismatch between expenses on employees and their earnings capacity. The wage spent of TCS increased 181% between 2012-13 and 2016-17 against a 91.4% increase in revenue.

The question is: If the manufacturing sector now needs fewer hands because of technological upgradation and the IT sector faces the problem of automation, who will create new jobs? The policy makers want that medium and small industries, which by definition will be comparatively less capital-intensive, to create more jobs. But the reality is that the sector has failed to expand horizontally and as a result, labour productivity has increased but opportunities for new jobs have reduced.