The future of the Indian coal market
14:58 pm 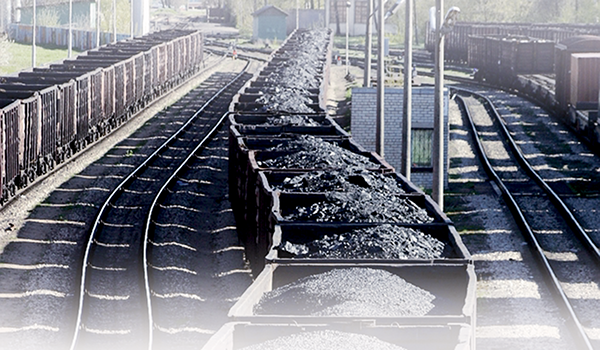 The Indian coal industry aims to reach the 1.5 billion tonne (BT) mark by 2020. This seeks to minimise India’s dependence on coal imports, which is almost 25% of its coal demand.  Recently, an event on the 11th Indian Coal Market Conference, organised by mjunction Services Limited, India’s largest e-commerce company, provided a holistic picture of the coal market in India in the coming years. The ‘Shake up’ initiative comes at a time when the power sector is undergoing rapid structural changes. With an elaborate discussion on the production, consumption, prices, and the impact of global market on the domestic coal industry, Partho S. Bhattacharyya, Former Chairman, Coal India Ltd. (CIL), highlighted the challenges that lie ahead for the policy makers, company experts, and all the stakeholders of the industry.S. N. Prasad, Director (Marketing), CIL,said, “Although there has been a progress in the demand for renewables, coal will continue to be the flag-bearer of developing India and its increased energy production for at least the next two decades”.

What threatens the sector?

In January, 2017, India witnessed a decline in coal imports by 22% due to slackness in demand from the power generating stations. CIL, which accounts for almost 80% of the domestic coal production, posted its worst financial results for H1-FY17 as revenues declined and expenses rose. In addition, the Plant Load Factor (PLF) of thermal power stations was marked at an all time low of under 60%. Unfortunately, private investors who are planning long term investment on thermal sectors are likely to be put off by the lukewarm demand, regulatory hassles, and environmental risks involved. The growth of the sector is often hindered by the inadequate transportation system, inaccessibility of land, exhaustive approval processes, poor productivity stemming from the use of outdated technology, and the unavailability of high quality coal in India.

Kalyan Biswal, Director (Finance), National Thermal Power Corporation Ltd. (NTPC), speaking on ‘Power’s Coal Anorexia: What has happened to the power sector growth story?’ provided a detailed analysis of the preparedness of the domestic coal sector to meet these challenges. He opined, “There has been an attempt to improve coal quality through third party sampling resulting in the down gradation of up to 92 mines in 2016 and 177 mines in 2017. Infrastructural changes in coal evacuation rail-links in Jharkhand’s North Karanpura, Odisha’s Ib Valley, and Chhattisgarh’s Mand-Rajgarh coalfields, have rationalised its cost and facilitated its availability.”

There is a possibility that the Clean Energy Cess, though laudable in its ideals to enhance efforts towards the preservation of the environment, will continue to burden coal producers. Hence, the brunt of the cess imposed on coal producing companies might have to be borne by the consumers.

Initiatives undertaken to revive the sector

The recent success of coal bidding under the Scheme for Harnessing and Allocating Koyala Transparently in India (SHAKTI), has laid the ground for the introduction of commercial coal mining which is said to bring reduction in coal prices, ensure greater accountability, and stimulate supply. Also, the revision of tariff policies and the ratification of jjwal DISCOMs Allowance Yojana (UDAY) by 27 states and seven union territories are expected to save up to Rs.12,000 crore due to reduction in interest cost, thereby generating the demand for power. Under the ‘Make in India’ initiative of the Modi Government, 77% of the 81 gigawatts)under construction pertains to coal capacity. India plans to expand its investment in new coal-fired generation capacity that aims to augment the coal use and meet its growing requirements. Given the improved price competitiveness of renewable power, increased capacity to generate energy, commitment to clean energy, and the potential to provide energy storage solutions, the future of coal market in India remains to be seen.