GOODS AND SERVICES TAX: THE INTERNATIONAL EXPERIENCE
00:00 am 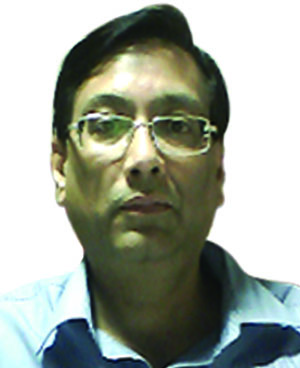 Canada has got a smaller number of states as compared to India and it has a lower combined GST rate of around 13%. In a dual model, two taxation authorities administer the tax in two different areas so it entails higher compliance costs. Canada has addressed this by gradually applying the GST system in various states. When Canada implemented GST, the dual GST system was taken as a temporary process which will ultimately graduate to a single harmonized GST. Nearly 20 years later, that goal is yet to be achieved. Brazil has a very complex tax system with multiple rates and very weak tax administration, both at the state and the central level. On the other hand, Australia implemented GST in 2000 where the complete revenue goes to the states. These funds are distributed in the same way as the long-established equalization system. It is administered and collected by one single authority in the Australian tax office which keeps the process consistent, reduces compliance costs and complexities.

Germany has a single GST levied at the national level, although a proportion of revenue is shared with the states. In Japan, there is a “local consumption tax” at the regional level that is 20% of the national GST. This tax is collected by the national tax administration in each region and the local portion is paid to the region (which pays tax collection costs of 0.35% of collections for national transactions and 0.55 % for imported goods to the national government). The total is distributed among the regions by maintaining a formula of 75% in proportion to retail sales in the prefecture, 12.5% according to population and 12.5 % by the region’s share of the number of employees. Even in the United States, sub-national GSTs have usually been implemented as replacements for business taxes. Among other federal countries, Belgium and Switzerland also have GST only at the central level.

Contrary to popular belief, global data suggest that the introduction of GST may have no correlation with GDP growth. Although the introduction of a single GST limits inefficiencies created by a heterogeneous taxation system, there is little evidence to establish that this taxation system boosts economic activity. In developed economies like New Zealand and Australia, the introduction of GST does not seem to have hampered economic growth but in lower income countries like Nigeria and Malaysia, GST does seem to have cramped consumption by increasing the sticker prices.

The governance structure of the GST calls for the setting up a GST council. In the council, the Centre will have 1/3rd share of votes and the rest of the votes will be distributed among the states. The council is to make recommendations on all major issues such as rates (including rate bands), exemptions, threshold limits, model GST law, principles of levy, apportionment of IGST, principles that govern place of supply, etc. While it is a good idea to have the GST council, it may be a stumbling block in introducing genuine reforms. Each state can have their own state GST law, and while the recommendations of the GST council will be in the framework of a “harmonised structure” they are not binding on the states.  So we may end up with a situation similar to the current reality with each state having roughly similar VAT laws which will differ in several critical areas.  In this scenario, the common market which the GST wants to usher in will remain a distant dream.

An important element of the tax base is real property (land, buildings, and structures). In modern VAT jurisdictions, no distinc-tion is made between movable and immovable property and the tax applies seamlessly to both. Exclusion of land from the tax base shall give rise to complications. For instance, let us consider the current work contract system under the VAT and service tax. As per current rules, a work contract is divided in three parts – value of services, value of land and value of goods. The division among the three components is ad hoc and arbitrary which gives rise to significant complexities in applying the tax when contractors or sub-contractors are involved in furnishing supplies.

A key feature in the GST design is the “place of supply” rules for dividing the tax base among states. Their application at the state level is not simple and requires much greater deliberation.  For instance, the current version of the rules defines the place of service on the basis of the place where the supplier is located, the place where the recipient is located and the place where services are performed. In the case of many of the services, none of these indicators help in determining a unique place of supply. The supplier could be based in multiple locations within India, and could be supplying from one or more of them. Even the customer could be based at multiple locations.

The need for dealers to register in every state separately may create a nightmarish situation for tax compliance. While at present, a typical company with a pan-India operation files two semi-annual returns plus 12 monthly returns, this will go up by many multiples, depending on how many states it has operations in. This may have a negative effect on the costs of compliance and worsen the business environment in the country.

The rate for GST is as yet undecided but would be in a range that would make exports competitive. A sub-committee of the Empowered Committee of state finance ministers had proposed revenue-neutral rates (RNR) for the central and state components at 12.77 % and 13.91 %, respectively, taking the effective GST rate to 26.88 %. This is much stiffer than the 14-16 % in most countries. Such a high rate structure may be unviable for the Indian economy and may lead to massive non-compliance. There may be disputes about classification of goods and services in the low- and high-rate baskets. Most importantly, the high tax rate will be devastating for the services sector, which has been the engine of growth for the Indian economy.

The basic purpose of GST was to integrate taxing of goods and services (presently at differential rates) into one tax rate. The first feature of the GST design was to have a comprehensive base. However, the proposed GST is riddled with a large number of exempted goods and several different rates.

The traditional approach of exempting basic necessities and items consumed by the low-income strata (for example, food, medicines, health care, and education) have been found to be ineffective in helping those in need. Their benefits are distributed disproportionately to the rich. Moreover, they give rise to classification disputes and make the tax system administratively difficult to implement. Excessive differentiation of rates across various goods and services add to the costs of administering and complying with the tax.

The proposed Revenue Neutral Rate (RNR) of about 27% has the potential to send the industrial sector into a spin. It is imperative that the tax structure of the infrastructure supply chain is carefully thought out under the GST. Given that the underlying premise of a GST is widening the tax base while minimising exemptions, the key issue is the continuity of current concessions and exemptions under GST and its plausible impact on credit chains and costing. This aspect needs to be resolved through active engagement between stakeholders and the government.

At present, there are no indirect taxes on the output of the power sector except the electricity duty levied by states. As a result, all input taxes (such as capital expenditure on setting up power plants and duties and taxes on coal) are a cost to power companies. If power is kept out of the ambit of GST and there is no concessional GST on the input side (like the 2% CST and service tax of 12.36%), the 27% GST paid on procurements will significantly increase the cost for this sector.

Exclusion of sale of electricity from GST could potentially raise the cost of coal-fired and renewable energy for Discoms. Profitability of independent power producers selling via medium/long-term PPAs is unlikely to be dented as cost escalation would likely be passed on.

There are several skews in infrastructure sectors. In the mining sector, VAT is generally applicable whereas excise duty is not leviable on most products arising out of mining. For roads, VAT is generally applicable on goods used for construction, whereas service tax is exempt on the actual construction of road. Furthermore, in the railway and port sectors, construction, erection and commissioning services are exempt from service taxes. On the contrary, rail travel services are partially taxable and port services are fully taxable. Thus, it would be critical as to how each of these sectors is handled under GST.

Many consumer staples currently have low indirect tax. Hence, GST will be negative for companies in the sector.

Services will be negatively impacted, as it is currently taxed at 14%. Services account for nearly 60% of India’s GDP and a steep rise in the sticker price of services will almost certainly adversely impact consumer spending in India.

If designed properly, even within the constraints of the Constitution, GST can bring about tremendous stimulus, simplify compliance and contribute to the Prime Minister’s mission of “Make in India”.However if the proposed GST is riddled with a large number of exempted goods and several rate slabs, the avowed goal of ‘non-cascading tax structure’ may not be achieved. The initial impact of this tax system on various industries must be well taken care of or else may result negatively in growth.