It was the year 1993. The Right won a landslide victory over the Left, getting Jacques Chirac to the Presidency after two years from then. However, the “Plan Juppé”, proposed by then Prime Minister Alain Juppé was a failure, which reduced the popularity of the executive duo. In search of taking the Left wing by surprise, Chirac dissolved the National Assembly in the spring of 1997. The first round of votes indicated a Left Wing majority and Prime Minister Juppé announced that he will resign from the post even if the Right Wing proved majority. The plural Left obtained the majority and it was the first time since 1877 that a sitting President lost an election. Roll down to 2017 and one has the UK Prime Minister Theresa May miscalculate by going for a snap election.

Even after receiving a majority from the hands of David Cameron, British Prime Minister Theresa May called for election eight weeks ago even though the government was only two-years old. After a disappointing night for the Conservatives, May ended up with 318 MPs, 8 MPs less than what is needed for absolute majority and 13 less than what it had in the last election. The Labour Party, under the leadership of Jeremy Corbyn, won 261 seats, 32 more than what it had in 2016. Theresa May’s gamble failed to take the Labour Party by surprise and has spectacularly cost her control of the House of Commons in an extraordinary election night. Westminster was stunned by a 10 p.m. exit poll putting the Tories on just 314 seats, the largest party but leaving a hung parliament. Jeremy Corbyn called for her resignation and Tory MP Anna Soubry said she must “consider her position” after an “appalling” campaign as Conservative backlash began - but there are reports she has “no intention” of resigning. The election of 1997 saw a massive turnout of voters when the Labour Party under the leadership of Tony Blair won a landslide victory. In 2017,  the Labour had a great election result and once again the turnout was massive.

John Curtice, a political scientist at the University of Strathclyde and the BBC’s resident polling expert, said that Labour had benefited from a big shift in support from two groups: young voters and people who voted to remain in the European Union. That more than offset the Conservatives’ gain from a sharp decline in support for the right-wing UK Independence Party.

Setting out her vision of a “great national mission” of a fairer and more prosperous future outside the EU, May emphasised the benefits of  regaining border control from Brussels to curb immigration and the opportunities that can be seized from becoming “a self-governing country” once again. And she insisted only a strong government under her leadership can ensure that the opportunity presented by Brexit is not squandered.

While the likes of US President Donald Trump, the UK Independence Party (UKIP) and the French politician Marine Le Pen have brandished an anti-establishment, popular rhetoric that has been premised on hyper-nationalism, anti-immigration and unabashed Islamophobia, a different rebellion against the establishment is emerging in the UK. With the British elections, the Labour Party leader, Jeremy Corbyn has fast emerged as the Left’s answer to the ultra-Right in taking on the political-economic establishment. Corbyn was literally the outsider when he signed up for contesting the position of the Labour leadership in 2015. Being to the Left of the mainstream Labour Party, bookies actually gave Corbyn a 200/1 chance of winning, but here he is, as the commander in chief for the Labour Party. This entry of Corbyn into mainstream political life can be seen as the entry of the ‘outsider’. Unlike Blair and a lot of the Oxbridge-educated political elites belonging to the British political establishment, Corbyn has never had a formal education beyond grammar school. After passing out of school, Corbyn got involved in trade union activity and eventually joined the Labour Party in the mid-1970s.

The new government and the challenges

Theresa May has to grapple with three crises. First is the chronic instability that has taken hold of Britain’s politics, and which will be hard to suppress. The poll reveals a divided country, between outward and inward looking voters, young and old, the cosmopolitan cities and the rest, nationalists and unionists. It is surprising to see the young voters who have come out in numbers and the results show their discomfort with the Conservative Party. Theresa May’s hard line on Brexit has been denounced by the British population. The “Scotexit” might start haunting May again. Nicola Sturgeon, the leader of the Scottish National Party, said her party would fight to “bring an end to the austerity that voters, the length and breadth of the UK, are no longer prepared to accept.” She criticised the Conservative Party for calling the referendum to leave the bloc and for taking a gamble by calling an early election. It will be difficult for May to handle this demand if this comes to light again. She batted this away earlier as she had the majority in the parliament. Now with a minority government, it will be difficult for her.

The Sterling’s value had dropped overnight and as trading got under way in London it slipped further, standing 2% lower at about $1.27, with markets worried about continued political uncertainty. It had dropped earlier when the UK voted against staying in the EU.  Tim Farron, the leader of the Liberal Democrats, condemned May’s decision to press ahead. “Our Conservative Prime Minister rolled the dice and put the future of our country at risk out of sheer arrogance and vanity,” he declared. “If she has an ounce of self-respect, she will resign.”

It is evident that Theresa May did not learn any lesson from Jacques Chirac and her decision for this snap election has put her hard line regarding Brexit under question. People are already comparing this election with the 1974 election when the two dominant parties competed for voters against the backdrop of bitter divisions over European integration. The Conservative Prime Minister, Edward Heath, called a general election in February 1974, seeking a stronger mandate under the banner, “Who governs Britain?” That vote also resulted in a hung parliament. Heath tried to create a minority government with the support from the DUP but failed and the Labour Party created the government.

May said that she announced election to enter the Brexit talks with more strength. But at this moment, the EU will have to start the talks with a divided and weakened Britain. This will add problems to the already problematic situation of Britain regarding Brexit. The decision of Brexit hasshaken the British economy from the roots. The Brexit talks are due to begin on June19  but if it takes a while to form a government, the UK could ask the EU for postponing the talks. However, Corbyn says they have to go ahead as planned with the “government of the day” taking part. The EU Parliament’s chief negotiator said the outcome “will make already complex negotiations even more complicated”. This result implies that Britain might not be able to take hard stance in the talks. This will harden the hands of the other 27 countries who will try to get the maximum concessions out of Britain in terms of free movement and the amount of money Britain will have to pay to leave the bloc, which will leave the British economy in a mess. 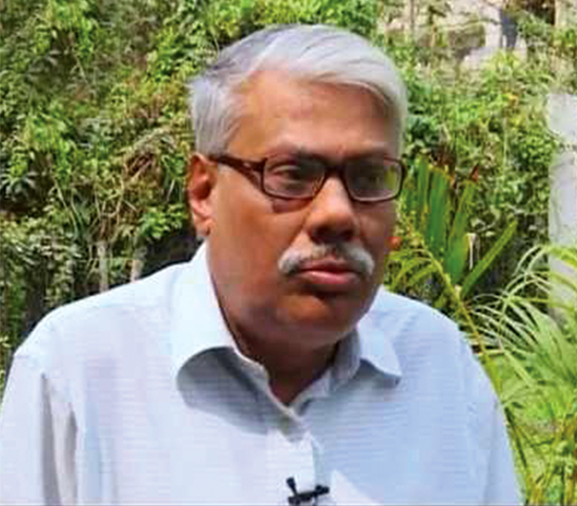 The outcome of the UK general elections is quite unexpected. Theresa May had called the snap elections (they were due only in 2020) in anticipation of substantially increasing her parliamentary majority from 5 to anything between 50 and 70 on the strength of opinion polls in April (when these elections were called). However,  things have gone wrong for her and the Conservative Party. Even during the run up to polling day (June 8) there were indications that Conservative lead over Labour was narrowing and the last opinion poll before the polling gave May a lead of about 5% which would still have delivered a working majority. However with the final tally of 318 (down 13 from 331) May is now hoping to form a new government with the support of the Democratic Ulster Unionists (DUU), a party of Northern Ireland which has bagged 10 seats. With DUU support May will just about cross the majority mark (326 in a House of Commons of 650) and reach 328. This is not a position she was looking for when she called the elections to strengthen her hands in the Brexit negotiations which were scheduled to start on 19 June but is uncertain at the time of writing. With DUU  support from outside (who will obviously extract their own pound of flesh from May), this will at best be a weak government which neither augurs well for the Brexit negotiations (incredibly complicated) nor for the British economy. The Pound fell by 2% against the Dollar and the Euro. The last thing the British economy which has done reasonably well in the last one year since the Brexit vote on June 23 last year, needs now is uncertainty. With such a weak position May will be hard pressed to get important legislation through the House of Commons since she will be dependent on  DUU  support and it is unclear at this moment what their economic agenda is. It is a sectarian Northern Irish Party which represents the Protestants of that province with a long history, in its previous incarnations, of violent activities against the Catholics there. They will be primarily motivated to strengthen their position against the Catholics- in other words in the sectarian politics of Northern Ireland. No British government have found themselves in such a situation since the Second World War. So far as the Brexit negotiations are concerned, as already mentioned, a weak government will have to confront a united and determined EU of 27 states who will drive a very hard bargain to extract maximum concessions from the UK in terms of continued free movement of EU citizens to the UK and vice versa (which is opposed by the hard Brexiters), the amount of money the UK will be asked to pay for a final deal (one estimate puts it at 50 billion Euros) and other conditions. If Britain is denied access to the single European market (with which the UK does most of its business) it will have to find alternative markets, which is not an easy job. To sum up, the prospect of the British economy will depend on May’s ability to formulate economic policies without having to look over her shoulders i.e. the DUU at home and the kind of a deal she will be looking for with the EU in negotiations over the next two years. Overall, it is a fairly bleak situation in which the UK finds itself at this moment- much of which appears to be self-inflicted.