IMPLEMENTATION OF EVEN A WORKABLE GST IS NOT AT HAND
00:00 am 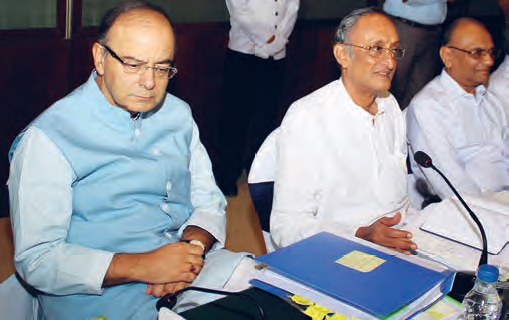 Years have passed but the implementation of the most important and revolutionary tax reform in India, the Goods and Services Tax (GST) has been delayed. The recent meeting of the  Empowered Committee of GST was convened in Kolkata. The Chairman of the Committee was Amit Mitra, Minister, Finance, Excise, and Industry, Government of West Bengal. A number of items, like petroleum, alcohol, real estate and electricity will remain out of the purview of the GST, at least in the beginning of its implementation. These are some of the main sources of the tax revenue of the states. This is why most of the states are not courageous enough to leave some of the vital ones in the unforeseen tax arrangements. At the Kolkata meeting, the union Finance Minister, Arun Jaitley, told that all the states except Tamil Nadu had agreed to implement the GST. But the suggestions given by Tamil Nadu were also being looked into.

Two main aspects yet to be decided

The two important aspects of the implementation of GST- the revenue neutral rate (RNR) and the method of dual control of GST collection- are yet to be decided. The main purpose of RNR is to fix a GST rate so that the share of tax revenue of the state does not get reduced. The union government has assured that if this situation happens, the deficit would be compensated by the union government. But the compensations are to be continued only for five years.

Regarding dual control of collection of the GST, an estimate mentioned by Mitra has been accepted by the members of the Committee. The state would collect taxes of those whose annual turnover was `1.5 crore or less. Over and above that would come under the control of the central government.  Jaitley said that Arvind Panagoria, chief economic advisor, finance ministry, had been given the task of estimating the RNR. The point to be noted is that the the GST cap of 18% suggested by Congress had been dismissed by the Supreme Court and then it is the Committee would fix the RNR. In the coming July meeting, the RNR can be expected to be fixed.

How far the GST would reduce price levels and growth enhancing?

It is said that the implementation of GST would increase transparency, enhance economic growth, reduce price level and also benefit the economy in other ways. But there are confusions upon the actual benefits that it can generate. It is true that the GST as the biggest tax reform in India will simplify the taxation method in the country. But Arun Kumar, former professor, Jawaharlal Nehru University, New Delhi, thinks that the benefit would go mainly to the large-scale producers whereas the small-scale ones would be at a greater disadvantage than before. In an article in The Economic and Political Weekly (July 18, 2015), Kumar shows that even the cascading effect would be reduced but not eliminated. On one of the most controversial parts, the RNR, Kumar thinks that it would be very difficult to calculate it given the variety of taxes being replaced. He also thinks, “The adoption of a fixed revenue neutral rate for all stages of production and distribution will lead to a rise in the prices of basic and intermediate goods, as also of services, making the introduction of GST inflationary, unless this problem is specifically addressed.”

Regarding the growth effect, the GST is expected to have a positive effect as in the new regime, the prices of goods and services will fall and their demand will increase. The production of these items are expected to increase and hence this will lead to higher economic growth. A few estimates have shown that an additional GDP growth rate by 0.75% to 1.25% is expected to increase after the implementation of the GST. But what would be the actual effect on GDP due to implementation of it is conjectural.

In a country like India (a quasi-federal state), it is very difficult to implement such a huge tax reform. It is also

true that if implemented properly, the GST will help the economy to a ​to enforce its recommendations. It is seen that there have been more political talks going on than talks on sorting out the real pro lems of implementing the GST. It is also suggested that it would be better to implement a fragmented GST as soon as possible as an alternative. In that case it will be easier to bring the rest of the goods under it in a phased manner. Sooner the implementation,  the better will be the economic operations of India.