Indian economy on the decline
12:54 pm 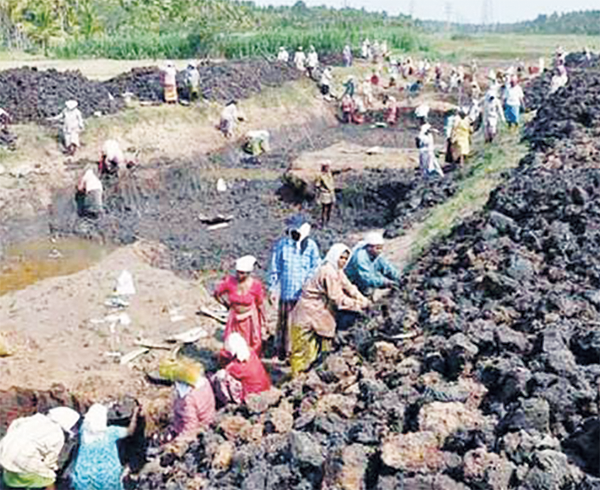 The recent release of data by the Central Statistical Office (CSO) on gross value added to the Indian economy  poses a cause of concern. The CSO showed that the Indian economy grew 5.7% in the first quarter of 2017-18 financial year (FY), that is, in April-June. In the same period of the last FY, the GDP had been 7.9%. The rapid fall of GDP started from the previous quarter of January-March of 2016-17 that had come down to 6.1%. Has the economy lost its capacity to grow rapidly? Will India be able to achieve the level of prosperity enjoyed by China as was previously claimed, in the coming few years?

It is true that there is a tendency among a section of observers to always compare India with China. But the Chinese economy is placed on a much sounder basis. The way the Chinese economy developed is unique for the East Asian economic development model. South Korea, Taiwan, Japan, and China as the latest addition in this model are examples of a special government sponsored, export-led, capitalist development model. Almost every country among them had more or less completed the preconditions of development like high literacy, better human health, land reform etc. This is an inclusive model of development.

The present downward growth rate is a cause of concern

The ongoing slowdown in GDP growth has the Indian government worried. Arun Jaitley, the Union Finance Minister, said, “Slowdown is a matter of concern. In the forthcoming quarters we need to work more on policy and investment to improve the figures. Global economy is improving faster than what we thought and the domestic public investment is certainly going to be quite high because the revenue trend seems to be positive.” A similar anxiety was expressed by Raghuram Rajan, professor of finance, Chicago University and immediate former governor of RBI. So it is alarming for the Indian economy, particularly at a time when some developed countries, notably the USA, are perceiving a silver lining about their economic recovery although there are continuing challenges before the global economy to revive. But why is the global economic slowdown persisting?

It is said that the ongoing crisis of the world economy may be structural. Without proper implementation of strict policy it is very hard to break the stalemate. There is a need to establish a different economic system. Here the role of the government will be important. But a group of economists think that the

capitalist class are not willing to accept the suggestion as it is alleged that in most cases the amount of profit of a considerable portion of business houses has not only been maintained but is rising. This has been so at the cost of workers and common masses’ economic interest. One of the most important policy suggestions is to revise income distribution in favour of workers. Increase of wage share to the required extent is a factor in this policy. In that case the increased purchasing power of people would lead to expansion of market. This may lead to higher production and most importantly employment generation by reducing the excess capacity of business. One of the greatest propagandists of this policy is Thomas Piketty. In his book Capital he advocates, as explained by David Harvey, professor of Anthropology and Geography, City University of New York, progressive taxation and a global wealth tax as the only way to counter the trend towards the creation of a “patrimonial” form of capitalism marked by what he dubs “terrifying” inequalities of wealth and income. He also documents in excruciating and hard to rebut details how social inequality of both wealth and income has evolved over the last two centuries, with particular emphasis on the role of wealth. Piketty thinks that there has always been “the central contradiction” of capital as the ever-increasing accumulation of wealth on the part of a small portion of people. This is due to the simple fact that the rate of return on capital always exceeds the rate of growth of income.

Where does the Indian economy lie

Most people think that the slowdown of the growth of the Indian economy is due to the effect of the recent demonetisation and ambiguities in implementing GST. No doubt those factors have made the situation worse. But the economy has not been doing well for some years. The investment or gross capital formation is not at all promising, employment scenario, one of the most important indicators of economic performance, is hopelessly decreasing in the organised sector and also not improving in the unorganised sector. Export performance has been very weak for some quarters.

One of the most important sectors is private household sector capital formation. This includes small and medium non-corporate business. The sector is a very big source of employ-ment and it is declining sharply. From 2013-14 to 2015-16 this sector saw a decline from 12.6% of GDP to 10.8%. Observers expect that this will further decline when the data of 2016-17 will be released. This is due to demonetization.

The export sector is also important for technological improvement of a country through world competition. It is also a factor measuring growth and also source of foreign exchange. If a country tries to have an export oriented economy it needs an all round development of infrastructure covering quality roads, ports, financial organizations and many other requirements to produce quality goods at competitive prices. It is true that India’s competitive position is not very high. This why it s share of global export is just a little over 1.5%. There has been a tendency among a section of observers to blame global economic slowdown for slow growth of
Indian exports but no one can deny the bright examples of countries like Bangladesh and Vietnam which, in spite of being small and developing countries, have been able to enhance their export shares in the midst of an unfavourable global economic scenario.

Exchange rate enhancement of rupees cannot be a vital reason for poor performance. On the other hand the government is trying to project the increasing exchange rate as a matter of economic strength. The rise of interest rate by 9% or so in the last few years is to be tackled by a proper policy of increasing the productivity of the economy. This is a hard and long term task but not quite impossible.

Agriculture has been an area of long term neglect. The average growth of agriculture of the last three years is about 1.5%. But the Indian economy can and should maintain 4% growth rate if it is properly taken care of. Both productivity and marketing need to be promoted. It is said that the government policy of agriculture is always consumer-centric where the farmers’ interest is neglected. For various reasons agriculture is being made an unattractive area. As a source of the biggest employment the Indian economy always depends heavily on agriculture.

The banking sector is struggling to lower its non-performing assets stress. There has been a so called twin balance sheet problem in the economy. The banking sector balance sheets are in heavy stress and its clients are also heavily burdened with high debt leverage. So they are not so courageous to opt for new projects or capacity enhancement of their business. The industrial sector is more or less flat.

Proper policy action that is job- and people- oriented is needed. Inclusive growth with emphasis on production of items of high mass consumption is one such policy.