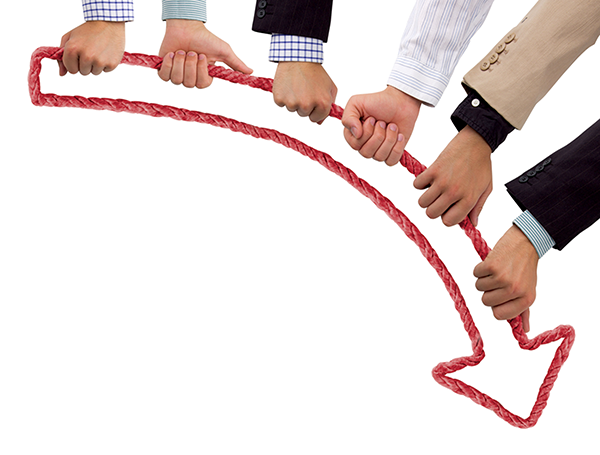 The ugly face of inflation is once again on the horizon. Despite promises made by the Finance Minister, Arun Jaitley, the impact of the Goods and Services Tax (GST) on prices has been counting adversely. Except in September when the WPI inflation rate had declined marginally compared to August, both the consumer price inflation and the wholesale price index (WPI) inflation have increased unchecked since the GST was implemented.

The rise in inflation rate would cause hardship for common people, especially, for the low income group as prices of their daily consumption items are increasing without commensurate rise in their income.

But this will just be the direct effect; the indirect effect may be harsher for the economy and its people since higher inflation rate may once again compel the central bank to resort back a tight monetary policy. Indian industry has been urging for further cut in interest rate, the Finance Ministry too is supporting this demand, but the rise in inflation rate may not allow the RBI to go for further rate cut immediately.

Worse, if the present trend in inflation rate continues, an increase in policy rate cannot be ruled out. In that case, the rise in fund cost may further dissuade industry from making new investment causing a further deterioration in already flagging new employment generation efforts.

This brings us to a very interesting predicament of India’s inflation analysis. The financial experts and our economists now study the inflation trend in relation to whether the RBI will cut or raise the policy rates rather than how a change in inflation counting will affect the public and the economy.

Thus, the industry bodies demand a cut interest rate to avail not only funds at lower cost but also to prop up demand for their goods. This has been the story all along but despite rate cut the private sector investment has remained elusive. And this despite the fact that India has been experiencing a moderate inflation rate for over two years now and as a result, the interest rate too has remained low.

That industrial investment has not grown faster is evident in the falling credit growth of Indian banks. Bank credit growth declined to a 20-year low in 2016-17. The combined advances of 32 listed public sector banks were up just 1.7% last year over 2015-16 growing at their slowest pace since 1995-96. To note, the interest rate in 1995-96 was substantially higher that what it was in 2016-2017.  And if part of this fall was due to a virtual freeze in new loans by public sector banks, the low demand from the industry was equally responsible for the deceleration in credit growth.

This is clearly reflected in the sharp decline in the implementation figures of the industrial entrepreneur memorandum (IEM) which is considered as the indicator of the country’s new industrial investment. During the first ten months of 2017, between January and October, total investment in new projects, that is, through implementation of IEMs, has gone down by over 36% compared to the same period of 2016. A total of Rs 52,921 crore new investments were made in these projects in 2017 against an investment of Rs 83,860 crore in 2016. Clearly, Indian industry has failed to capitalise on low interest rate regime.

Coming back to the rise in inflation rate; one finds that despite the recent rise in both consumer price index and WPI, they are within RBI’s declared bracket. Inflation based on the WPI accelerated to an eight-month high of 3.93% in November, from 3.59% in October, adding to the string of worrisome economic data released earlier. WPI-based inflation rose mainly on account of a sharp increase in fuel and food prices, according to data released by the commerce ministry.

The central bank, however, is worried about the recent rise in inflation rate and is looking cautiously to the future.  In fact, while keeping the policy rate unchanged in its fifth bi-monthly monetary policy statement last December, the RBI was categorical about it and reminded that the “retail inflation measured by year-on-year change in the consumer price index (CPI) recorded a seven month high in October, driven by a sharp uptick in momentum ... Food inflation was volatile in the last two months.”

The latest round of the RBI’s ‘Households’ Inflation Expectations Survey’ showed that inflation expectations firming up for both three months ahead and one year ahead horizons. Farm and industrial raw material costs rose in October. Firms responding to the Reserve Bank’s Industrial Outlook Survey expect to pass on the increase in input prices to their output prices. Turning to other costs, wage growth in the organised sector edged up, while rural wage growth weakened, particularly in agriculture.

That is, not only the latest rise in CPI and WPI inflation rate but the fear of further rise in prices in the coming months would now guide RBI’s decision to fix the policy rate. And since its own surveys indicate a possible rise in inflation rate in the near future, industry may have to wait for further cut in interest rate.