Knowing the truth of Thirukkural
00:00 am 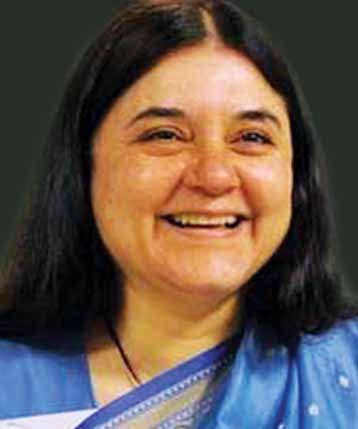 In all the recent sound and fury about Jallikattu, many people from Tamil Nadu quoted the Thirukkural to justify their support to this sport, which many animal rights activists view as horrendous cruelty to helpless animals. In fact, after it was forcibly restarted by a very strange notification by the state governor, who overrode two judgements of the Supreme Court, hundreds of people have been wounded and some have died in these so-called peaceful games. Many of the maimed and injured bulls have subsequently been sent to slaughter in Kerala.

In any case, quoting the poet Thiruvalluvar to support violence is literally twisting everything the Thirukkural stands for. While the book of verses is revered all over the world and translated into 82 languages (the treatise has earned the title “Ulaga Podhu Marai” the universal scripture or Potumaṟai – “The Universal Veda” or “Book for All”), it is little known in India and it is time we learnt some of its wisdom.

The Thirukkural is the Bible of Tamil Nadu. Meaning Sacred/Respected Couplets it was authored by the poet Thiruvalluvar (of whom nothing is known. The first instance of the author’s name is found centuries later in a song of praise called the Garland of Thiruvalluvar in Thiruvalluva Malai) and has 1,330 couplets or kurals dealing with morality, ethics, and virtue. It is a truly sage and beautiful work and is one of the finest, non-religious, works of philosophy. Written in Old Tamil, it is a palm leaf manuscript of the 4th to 1st century BC. It was printed for the first time in 1812. The first complete English translation of the Kural was the one by George Uglow Pope in 1886, which brought the Thirukkural to the western world.

It has 133 chapters of ten couplets each. Tirukkural was originally known as ‘Muppaal’, meaning a three-sectioned book. There are three parts that the Tirukkural is divided into, namely, aram /dharma (virtue), porul /artha (wealth) and inbam/kama (love). He has left out moksha as he felt if a person followed the first three doctrines diligently in life, he or she would automatically attain it.

What is different about the treatise is that it expounds a moral and practical attitude towards life. It makes no promises of heaven beyond earth. It speaks of the ways of behaving to achieve bliss in the present life itself. The ideas of the poet are luminous, humane: humility, charity, non-violence, forgiveness, asceticism, good administration. It is a perfect guide to live your life at the highest and purest level so that you are
happy and make everyone around you happy. Thirukkural deals with dilemmas that normal people face every day - over morals, politics, economy, love and domestic life, providing practical solutions to these problems.

Albert Schweitzer said, “there hardly exists in the literature of the world a collection of maxims in which we find so
much of lofty wisdom. Like the Buddha and the Bhagavad Gita, the Kural desires inner freedom from the world and a mind free from hatred. Like them it stands for the commandment not to kill and not to damage. There
appears in the Kural the living ethic of love.” Leo Tolstoy was inspired by its concept of non-violence. “What
are wanted for the Indian as for the Englishman, the Frenchman, the German, and the Russian, are not Constitutions and Revolutions: the knowledge of the simple and clear truth which finds place in every soul that is
not stupefied by religious and scientific superstitions – the truth that for our life one law is valid – the law of love, which brings the highest happiness to every individual as well as to all mankind.” Mahatma Gandhi studied Thirukkural in prison and called it “a textbook of indispensable authority on moral life” and went on to say, “The maxims of Valluvar have touched my soul. There is none who has given such a treasure of wisdom like him”.

Here is the heart of the work :

For he who treats other living beings with kindness, In his own soul the dreaded guilt of sin shall never feel — 244th verse. Another translation of the same verse is “The compassionate, who care for all other lives, do not fear for their own lives.”

This week let me give you the Thirukural verses on not eating the flesh of animals.

How can someone possess kindness, if one eats meat

from another body to grow one’s own body?

One, who doesn’t value money can’t be wealthy;

one, who eats meat, can’t be compassionate.

The heart of one who has eaten and relished flesh, is like

the heart of one leading an army: it cannot be compassionate.

The heart of one who has eaten and relished flesh, is like

the heart of one holding a deadly weapon: it cannot be compassionate.

What is compassion, and the lack of it : not killing and killing;

it is not virtuous to eat meat got by killing.

Compassion is exemplified by not killing; and the lack of it, by killing:

to eat meat so obtained, is not virtuous.

Kural 254 is structured very interestingly, allowing another interpretation: “Lack of compassion is exemplified by straying from the value of ‘not killing’; to eat meat so obtained, is not virtuous.

Survival of species, depends on not being eaten;

those who eat them…hell will not split its mouth to spit them out.

The rationalist in Kalaignar, finds another interpretation (literally more accurate, but contextually not quite convincing) for Kural 255: “Even a swamp will not swallow a life; survival of species is ensured by presence of vegetarians

There won’t be anyone selling meat for the sake of earning,

if the world stops killing for the sake of eating.

Meat is the wound of some body;

if one gets this realization, stop eating it.

Those who have wisdom, free of flaws, would not

eat a body, freed of its life.

To desist from killing a life and eating it, is better than

To one who doesn’t kill and refuses meat, all lives will

fold their arms and pay obeisance.

“This is part one of a two-series article. The article
reflects the views of the writer.”