Many superstitions take the lives of animals
14:36 pm 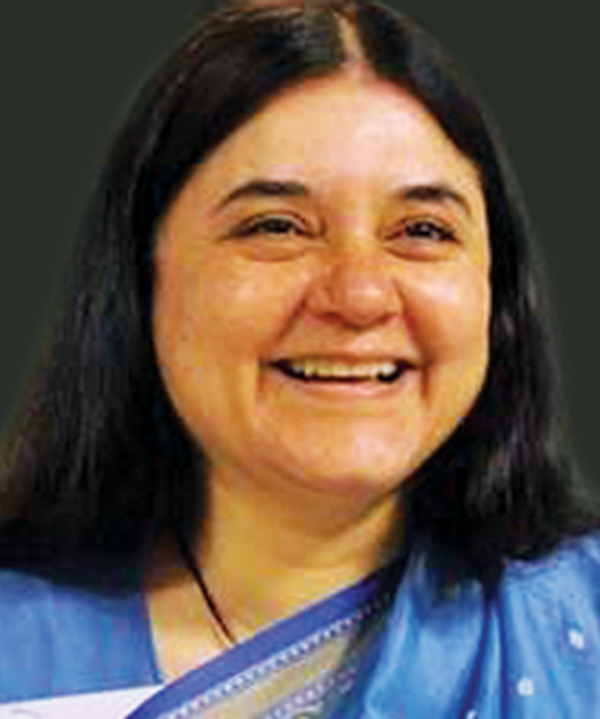 A superstition is anybelief or practice that is irrational, arising from ignorance, a misunderstanding of science or causality, a way of behaving that is based on fear of the unknown and faith in magic or luck.

It is not based on reason, knowledge, and the superstitious person has no regard for the impact of his monstrous belief on others.

Superstitions are also convenient and are within social boundaries (not the law). Not superstition one says that if you kick your mother while leaving the house, you will have a financial windfall. Or if you sleep in your father’s bed, with him underneath the bed, you will enjoy good health, or if you starve your wife and cut off her nose, you will get a promotion.  But when it comes to animals, the imagination runs riot. Many superstitions take the lives of animals.

One of the earliest ones I had to deal with many years ago was the beating and killing of foxes in Karnatakain the belief that the harvest would be good. We stopped this – and nowpeople have forgotten that thousands of these poor animals were caught in traps, whipped, and burnt by lynch mobs. The harvests continue as before.

All ritual animal sacrifice is based on superstition: the pigeon slaughter at Kamakhya, the goats killed daily in the Devi mandir in Kolkata (we have a court order that says they cannot be killed openly, so now it is done behind doors) to cure one of negative emotions such as fear, anger, and jealousy. In which case Kolkata should have been one of the calmest places on earth instead of one of the most volatile; the buffaloes killed by the Gurkhas during Dashera, the lambs thrown from mountains in Karnataka and Andhra Pradesh- none of this makes any sense and nor do they bring luck. The most dreadful large scale sacrifice is in Kalahandi once a year – and it remains the poorest place in India in spite of its amazing natural resources including precious stones.

Superstition kills owls: poachers catch them, cut off their feet and sell these as good luck charms. I once had a man arrested who had bought an owl from a poacher and was taking him to be killed to pourthe blood onto his four-month baby who had a hole in his heart. If owl parts bring health and good luck today, it was just a few decades ago when they were killed for bringing bad luck: there were beliefs that an owl hooting meant the death of a newborn or the presence of witches. Coming across an owl meant an accident or major misfortune that day. The hunting and ritual killing of these beautiful birds has led to their extreme rarity now.

Every time you mention China and what they do to animals, my hair stands on end. The Naoyu festival held on June 2 is a festival for peace on earth and a good harvest which, as superstition dictates, starts with the catching and killing of fish and culminates with tying a noose round a bull’s neck and hanging it till the struggling animal dies.

But do we do any better in India and Nepal? After every five-year period, people used to send lakhs of animals from India to the temple of Gadhimai in Bariyapur, Nepal, to beslaughtered in two days. A team of dedicated Indian
activists, a compassionate Nepali Member of Parliament and both the Supreme Courts finally stepped in to stop this terrible sacrifice in 2015.

Every few minutes, an animal is killed in India to appease a god: to get a male child, to get more money, to bring back a soldier alive, to get a good crop. It doesn’t matter which animal it is and what the wish is – a being has to be killed. For the most part we seem to be a society that lacks logic, sensitivity and the ability to see reason in the practices that have been handed down to us. If I told you to read by candlelight you would laugh because electricity is now the order of the day, but should I tell you that jumping on a bull and tearingits horns off will not bring a good harvest, you would think I was an atheist.

Do snakes drink milk? No. But the superstition that guides you to pour milk down the throats of poached rat snakes make sure that thousands die every year during Naga Panchami in July.

Are black cats unlucky or has this come from a British superstition? So why are you killing them? Pregnant women must give up their cats; while toxoplasmosis is a risk for foetuses, a woman is more likely to catch it from handling raw meator digging in the garden, than from her cats.

Lizards come to rid your house of insects, but since you believe that should one fall in the milk - something that has never ever happened - it would be unlucky, so you kill them.

Amulets made of the parts of animals promise wealth, protection from evil spirits, even sexual abilities. While it is illegal to sell or buy them, these exotic charms made of the parts of the tigers (I know one member of Parliament who wears a tiger tooth), leopard, crocodile, python, the penis of monitor lizards, deer bones, snake fangs, camel's teeth can be bought with ease. Facebook openly displays hundreds of protected animal’s parts for sale and the sellers even give their names and addresses.

In Thailand, amulets, which the sellers claim have been blessed by monks, feature scriptures wrapped in tiger or snake skin. Common talismans are tiger claws, teeth andskin, elephant molars, tusks and tail hairs and bear hair. Before the government banned “dancing” bears in India, these poor animals were taken across the border and killed fortheir gall bladders. Their hair was plucked out and madeinto good-luck bracelets for tourists. Ifyou paid the dancing bear owner in Agra, you could see him actually pull out afistful of hair, from the writhing animal, in front of you – so that you knew it was the genuine article. People hang rabbits’ paws on their car mirrors as the ultimate protector against accidents and bad luck.

What brings you luck? Is it dead animals – beings so unlucky that they were born on this planet and could not even protect themselves? Or is it kindness, compassion and love for this earth that will bring you happiness? Letting people murder in the name of superstition is almost as bad as doing it yourself. Stop animal sacrifices wherever you think they take place. If you find anyone selling animal charms on the internet, let me know and we will take action.

Someone I know bought a Vodafone puppy two months ago. He keeps it in a cage during the day and lets it out to wander disconsolately alone at night. When I objected, the man, normally mild and amenable, became stupidly adamant at the thought ofgiving up a dog, which clearly neither he nor his family wanted. My secretary asked his local priest: it turned out that the man had had a series of scooter accidents recently and he was told that keeping a dog at home would stop them. The fact that he drinks during the day, of course, has no bearing on what happens to him on theroad.