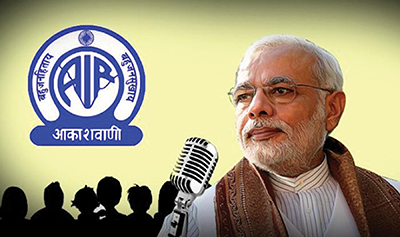 Media need to evolve along the golden mean
00:08 am

The Prime Minister, before his departure to Davos to speak at the World Economic Forum, gave a remarkable interview to a television channel – perhaps one of his best so far. He spoke about India becoming a ‘bright star’ in the global economic scene; he criticised the Congress (asking it to reform by dropping its typical ‘Congress culture’) and also admitted his failure in not doing enough for the farmers and the agricultural sector. He was aggressive, he was defensive and self-critical (which he hardly is in most cases).

However, the media as a whole is not happy with the prime minister’s television appearance. Already, some of the ‘unhappy’ media houses have come up with critical pieces saying that the interview was ‘stage-managed’ and that it was more of a ‘monologue’  in the  manner  of his now famous ‘maan ki baat’ radio programme. He was allowed to speak on the ‘bright side’ of the GST and demonetisation with no interjections to make him speak on the flip side.

The ‘critical’ media has described him as an ‘expert’ in media management. And why not? If he is managing the country the way he is doing, what is wrong with managing the media as well? He chooses his favourites and speaks only to those few – and quite naturally, the rest of the media will be sulking. Narendra Modi is taking his sweet revenge against the media as a whole which, admittedly, hounded him after the Gujarat riots. In the interview, Modi had accused the opposition of ‘finishing him’ politically – and the entire media then had backed the opposition.

Now it is no point describing him as a ‘master manipulator’ of the media. He is politically correct. The media once drove him to an edge, now he turns round and does what a hounded out person would naturally do to his adversaries. If he has no sympathies for the media (except for his faithfuls) he has his reasons, for it and media cannot crib. Every prime minister has his or her favourites among the media and he or she will use the weapon to the hilt. The media has to strategise differently.

It is a wrong strategy for the media once to hound a person and then, when he is in power, to fawn on him. A politician, for a media person, is neither a friend nor a foe. The media has now lost the ‘safe’ distance from politics and, therefore, its judgement and credibility. Now, among the media people, we have mostly of ‘chamchas’ of political parties and personalities or just a breed of cynical beings who never sees a bright side of anything.

Let sanity return to politics and to media. Media has to evolve along the lines of the golden mean. Politicians too cannot survive by merely manipulating the media for long. Most of the favourites will drop them like hot potatoes in bad times.

Today the prime minister usually does not talk to the media; and if he does, he chooses his favourites. The others have to be satisfied with his tweets or his public speeches. Unruly media can drive a politician to clamp an emergency, which was bad for both – media and politics. Unruly media can again turn a politician to become a manipulator which again is not healthy -  neither for the media nor for politics. The sufferer is the common man.