MERGER AND CONSOLIDATION OF PUBLIC SECTOR BANKS
00:00 am 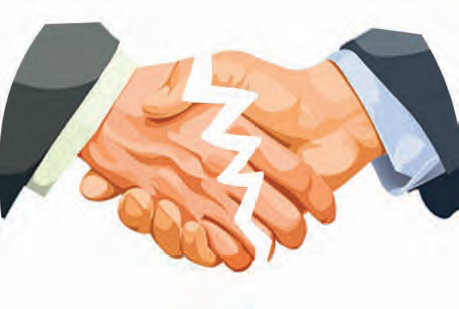 Banks have played a vital contributory role in India’s development process. The recent policy discussion on the merger of nationalized banks may not be as fruitful in dealing with the Non-Performing Assets (NPA) as being envisioned. The process of nationalization, which started in 1969, saw 20 banks being nationalized. The process aided the Indian banking system. The vision behind nationalization was not merely to earn profits but to spread systematic banking through the length and breadth of the country. Most of the government projects were also run through the Public Sector Banks (PSBs).

After the nationalization process, the PSBs were making profit. However, the present situation has changed drastically. Last fiscal year saw 13 out of 20 nationalized banks incur losses. Mergers are been seen as a way out.

Can mergers be the answer?

According to R. Ramakumar, Professor of Development Studies, Tata Institute of Social Sciences (TISS), Mumbai, uncurtailed liberalization is the reason behind the massive accumulation of NPAs. Speaking at a seminar organised by UCO Bank Employees Association in Kolkata, he said, “It is the neo-liberal policies of the government that contribute to the huge amount of NPAs. The 1990’s saw a huge shift in the financial policy of India. Liberalization opened the floodgates for private banks. Whereas the PSBs were aimed  at social welfare, the goal of the private sector banks was to maximizing the profit.”

The entrance of the private banks created a competitive framework. According to Ramakumar, his process of privatization of banking was predominantly urban and excluded the rural and the marginalized. The banking policies of Indian government shifted considerably post-liberalization. The PSBs started to move out from lending in agricultural loans to other loans like home loans or car loans where the comparative advantage lay with the private sector banks. In this process, the PSBs shifted from their priority sector which was agriculture.

Ramakumar also indicated that the ascending problems of Indian agriculture contributed to accumulation of large NPAs for the PSBs. Additionally, long term investments in sectors like  aviation and others led to huge amount of NPAs. Ramakumar told BE, “Merging banks will not reduce the load of NPA but multiply it.”

The PSBs have to base 40% of their loans on the agricultural sector, but recently we have seen that the definition of agriculture is being twisted to incorporate the big corporates in its ambit. In 2013, direct agricultural finance was given from 56% urban branches. 35%-40% of the agricultural loans were dispersed in the months of April and March when the climate in India is unsupportive to farming.

Is recapitalization an answer?

Presently, 6.8% of the GDP is needed to recapitalize banks in European Union. In India, it is only 1%. Still, the Indian government evades recapitalization. Ramakumar added that bank mergers are being seen to enable Indian banks compete globally but it is highly unlikely. According to Joydeb Dasgupta, Secretary, Bank Employees Federation of India (BEFI), “Even if all the banks in India are merged, it will lack the necessary capital to compete in the global market.”

Merging of banks will lead to the reduction of bank branches. This will be detrimental to the banking process in India as many places in India remain without banks. Mergers might deteriorate the situation, pushing more regions away from formal banking. Additionally, as most of the banks in India are based on state aspirations, the merger might lead to unhealthy federal atmosphere.

Consolidation and merger cannot be a solution to the present crisis of public sector banks. PSBs cannot run only to accumulate profit. They have to take into account the social and welfare issues and expand the scope of banking. This was the predominant philosophy behind the nationalization process. The government needs to seriously weigh the option of recapitalization when it comes to its bank policy to redress the sector’s present crisis.