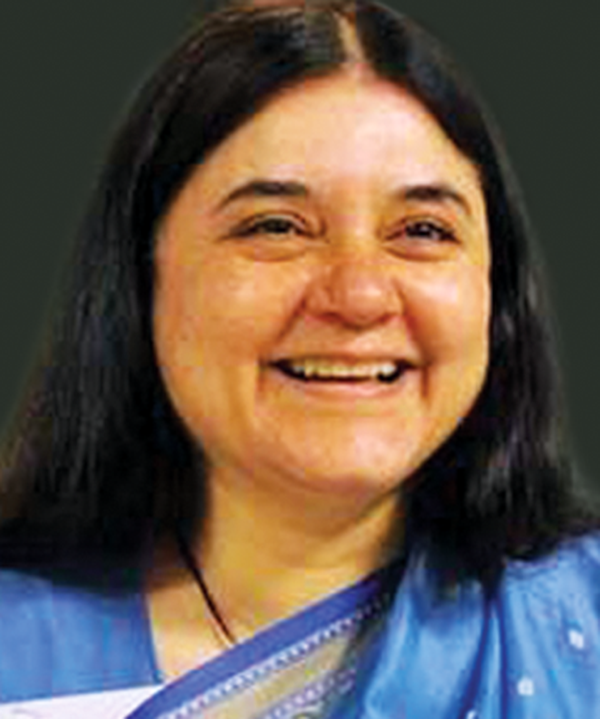 Scindia Girl’s School in Gwalior abutted a thick forest area. I studied there for two years. The only term in my entire school life that I got a low grade was when I discovered a tiny mandir in the forest and someone told me that, instead of doing my homework, if I prayed and went round the mandir 101 times, I would come first in class for the rest of my life. So I spent two hours there every evening. Instead of my normal 80%. I managed a low 50% and got a shouting from my parents who were appalled by my insanity.

Every day brings us a new revelation into the absurdity and unwitting cruelty of humans. A girl interning with People for Animals brought me the information that a rare herb called Hatha Jodi, supposedly from the deep jungles of Madhya Pradesh, was being sold openly on the Net by Flipkart, OLX and various so called “religious” and  “tantric puja” sites and blogs.

Her research on it turned up the fact that this is NOT a plant at all. It is the penis of the monitor lizard. Flipkart was contacted and they apologized and removed the penises “Hatha Jodi” from their website – and warned the sellers.

Flipkart may have done it out of ignorance but sites like Tantraveda, Speaking Tree, Astrovidhi kamiyasindoor, and a host of others that use the Net to find “murgas” (gullible buyers), know exactly what they are selling. They show a picture of the Hatha Jodi, then they ascribe all sorts of miraculous powers to it, give you the number to call (no addresses since they are selling all sorts of other illegal wildlife parts as well), tell you that anything can be, and has been, delivered to 40 countries and at the end finish with a rider that they do not “sell” Hathajodi, they simply tell you about it.

No, it is NOT a plant. No site can tell you the name of the rare plant that supposedly grows in the jungle and is sold by tribals. Some sites say it is a flower, others that it is a root. One site says it is a strange protrusion that grows from the side of a tree. Another says that it is the Martynia annua, a purple flower whose seeds are mango shaped and have a hook which catches the legs of animals as they pass by and transports itself to a place where it flowers again. In Bengali it is called Baghnakhi and in English Devil’s Claw. In Hindi it is Ulat Kanta or upside down thorn. One site shows you a Nepali plant called Birvah with blue and white flowers whose branches. which look like arms. have to be cut. Another shows a pink flower which is a native of Mexico.

The Hatha Jodi is a Bone. It is the penis of the Giant Monitor Lizard, which is a severely endangered, protected species, and each site selling it knows that so, after talking all this nonsense about it, they will write at the end of the site that it is not for sale. Then they give their phone numbers and obviously the transactions are taking place off the Net.

The dried penis looks like two long serrated arms ending in clawed hands which is why it is called Hatha Jodi.

What does the penis supposedly do? If you scrape a little bit of the penis and eat it everyday, or put it in your safe, you will win all your cases, defeat your enemies, become very rich, get rid of ghosts, overcome all obstacles, gain the ability to hypnotize, journey safely, triumph in discussions, interviews, and battles, become very attractive, win all your bets and gain status, find favour with officials.

Needless to say, the frauds selling it also say that it will
only work if you spend an even larger sum on doing a tantric puja and the pujari will be nominated by them and you need to buy all sorts of other nonsense from them to “increase” its power. If it doesn’t work it is because you have done something wrong.

Some sites say you have to keep it oiled (obviously since the bone will dry up and disintegrate), wrapped in a red cloth, dipped in sindoor. Others say that you have to wrap it in elaichi or tulsi leaves, others that you have to put it in a silver box. Some sites say you have to eat it and then come back to them for more when it finishes. One site says that you should sit in your room and hold the penis while simply chanting ‘Om kili kili swaha’ or ‘Om Aim Hreem Kleem’ till something happens. I cannot see how you will become rich doing that, but perhaps the lunatic asylum will take you in at subsidized rates. Other sites have equally strange incantations. But you can say ‘abracadabra’ as well. You need to wash it with Ganges water and either put on a puja table, or in a safe, or a wallet (in this world, the wallet is the puja place!) Others state that it must be left for 40 / 41 days in the same place with a statue of Sri Hanuman and given sandal, flowers and rice every day. Some say that it should be put inside a small box with some camphor, cloves, rice and silver coins. One site says you have to buy it round Diwali and use it for gambling (how much would a lizard penis be worth on the card table?). Another that on Holi night you have to go to a well and cover it with mud.

Basically you can do with it as you like, and say what you like as long as you pay to buy it. All the sites insist you cannot use a second-hand penis (sorry, plant). It must be bought fresh.

The Wildlife Crime Control Bureau has taken the matter very seriously as there are only several hundred monitor lizards left in India. They have put a special team onto the Net to look at each site and blog and to track down any shops that are selling this. Four kinds of monitor lizards are found in India and all of them are Schedule I species under India’s Wildlife Protection Act 1972, which makes it an offence to conduct trade in the lizards or any of its body parts. The penises are sourced from Madhya Pradesh, Odisha, Rajasthan and Karnataka, and reach markets through online retailers and dealers who supply them to local shops.

So far raids, conducted by the WCCB and Wildlife Trust of India, have led to the recovery of 210 Hatha Jodis. Raids have also taken place in Andhra Pradesh, Madhya Pradesh, Gujarat and Rajasthan. So far sixty people have been arrested and are in jail for terms that will go upto 7 years. Some Kuldeep of Indore is selling it through his blog. Now if it was a plant, he would be less cagey. His site has no address or phone number. You have to leave your number with him and he will get back to you. Seven people who have left their numbers with him on the Facebook blog are also in danger of being arrested.

Unfortunately, as the world grows more difficult to negotiate, people tend to fall back on magic remedies like this. The penis of this poor animal didn’t help it save its own life – much less make it rich. It was hunted down, held in savage restraints, turned over and a sharp knife was used to saw off its private parts. Bleeding, mortally wounded, in dreadful pain, it will live for a few days in shock till it dies. The tribals, who supposedly kill and sell it, have not become rich either. In fact, they are poorer than poor.

The monitor lizard is being hunted to extinction in the forests of Madhya Pradesh because of its penis. There is no mention of hathajodi in tantras, shastras or puranas. No penis can make you rich or problem-free. Don’t kill a useful animal species because you are too lazy to work. If you know of any sites that are selling this, let me know and I will have them arrested.