Public investment is a key to sustainable development
00:00 am 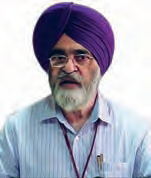 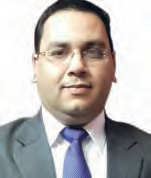 When the NDA government came into power in May 2014, the Indian economy was bleeding owing to high fiscal deficit, current account deficit, and inflation. Prime Minister Narendra Modi and his government worked around the agenda of bringing down inflation and containing the fiscal deficit. Efforts fructified and the inflation and fiscal deficit came down to 5.5% and 3.9% respectively from earlier high levels. Though low crude oil prices contributed immensely to correct the macroeconomic imbalances yet the efforts of the government cannot be undermined in keeping the public expenditure low.

Persistent fiscal tightening for the last two years has now resulted in lesser investments in the economy. Reduced invest-ment has further manifested itself into stumpy job growth that incidentally stood lowest in 2015 in the last six years. Precisely, only 1,35,000 jobs were created in eight labor-intensive sectors in the year 2015, which previously had been creating not less than four lakh jobs per year. Besides, absence of public investment on infrastructural and other projects has led to a fallback in private investment. Further, ongoing slowdown almost throughout the world has also dashed the hopes of revival through foreign investment. Recent sale of holdings by the foreign institutional investors point towards distressed foreign investment. By and large, lesser public spending by the government has glided the economy on to a deflationary path.

Fiscal tightening at this juncture can prove more catastrophic, when India’s GDP growth is expected to be nearly 7.5% in 2016-17. If GDP growth is not backed by an increase in investment and employment, then the demographic dividend with which India is endowed will result into demographic disaster and growth will become unsustainable. It will also spell its doom on the efforts undertaken by RBI. Even the easy monetary policy will not be able to facilitate more investment as the investors will be reluctant to take loans and invest for the want of consumption due to lesser employment (income).

The critics of increased public spending point out that increase in public investment lead to inflation as witnessed during the UPA regime in 2008-09 when farm debts were waived and generous allocations were made towards MGNREGS and other schemes. But their argument is half baked as inflation at that time was due to draining of wealth towards safe havens instead of investment in India. Had the money in circulation for investment in Indian economy been invested here itself, the genesis of stagflation could have been avoided. The NDA government learnt a good lesson and made determined efforts to keep inflation and fiscal deficit under control. However, the NDA has relied too much on foreign investment that in the recent time periods has remained elusive. Evidently, struggle for foreign investment in National Investment and Infrastructure Fund (NIIF) has also by and large failed to endure meaningful results.

What should be done

At the outset, government can borrow money from the international agencies like IMF, World Bank etc. and initiate investment. Such borrowings without distorting the exchequer can help to sustain growth. Further, government must fuel capital expenditure through reinvestment of profits earned by MNCs. These reinvestments will not only check flow of money from the Indian economy but would also help to create additional jobs too, that will boost consumption and provide impetus to production.

Investment in human capital should be focused and clearly planned. Although, Ministry of Skill Development and Entrepreneurship is entrusted with the task of skill development, yet, corresponding programs are being run by 20 different organizations including NSDC, MHRD etc. and that too without any standardization. Such uncoordinated efforts don’t provide any respite. Lastly, government must differentiate between two sets of sectors i.e. capital intensive and labour intensive. Subsidies should be extended to the labour dominated sector while practical tax rates should be charged from the capital intensive sector. More taxes from the capital intensive sector can also help to offset the amount of taxes foregone.