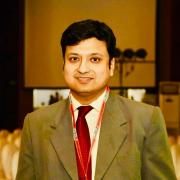 Russia has recently claimed to introduce the first ‘quite effective’ Covid-19 vaccine named Sputnik V that, it claims, can provide ‘stable immunity’. The Sputnik V vaccine was developed and tested at the Glamaleya Institute. The county has shown its interest to have a partnership with India to produce the vaccine. But healthcare professionals across the globe are not assured about the impact of this vaccine. In medical science, for a vaccine it is important - that even if a vaccine fails to cure a disease, it must not harm an individual. It was made public within less than two months of human trials. Several scientists are sceptical and claim the vaccine did not go through adequate checks. Russian professor Alexander Chuchalin resigned from the country’s ‘Ethics Council’ of the Health Ministry after failing to halt the registration of Sputnik V. On these grounds, Sputnik V - the only available vaccine now - is still beyond acceptance. So, in search of suitable treatment, doctors have admitted that repurposed drugs are the only way out now.

The use of popular drugs - already in use to prevent other diseases - being used to work against a new disease to speed up the process of recovery is referred to as ‘drug repurposing’. Academic institutions and medical research centres are trying to come up with medicines but none of them have succeeded. So, the majority of the healthcare institutes and hospitals are dependent on repurposed and supportive medicines - as the immediate response to the pandemic. The majority of these drugs are used to prevent diseases like HIV, autoimmune diseases, leprosy, rheumatoid arthritis, osteoporosis etc.

Repurposed drugs in use

Quite a few repurposed drugs are now being used against coronavirus. Dr. Subhrojyoti Bhowmick, Consultant Clinical Pharmacologist and Clinical Director, Peerless Hospital (Kolkata), informed BE, “Hydroxychloroquine, Remdesivir, Favipiravir, Tocilizumab and Dexamethasone are the most popular repurposed drugs that are in use to combat the pandemic.” These are approved for treatment by Drug Controller General of India (DCGI).

Hydroxychloroquine, an immunomodulator was mostly in use to treat malaria, arthritis (rheumatoid), porphyria cutanea tarda, systemic lupus erythematosus. It is now being tried for mild, moderate and severe cases of Covid-19. Dr. Bhowmick said, “It is effective in creating in-vitro (outside the body) artificial cell-line models and succeeds in inhibiting the growth of coronavirus into the cells. Hydroxychloroquine also reduces the interleukin release in patients who are likely to progress to the cytokine storm phase. It helps to save the lungs of the patients. In that particular case, we were facing higher death rates. This drug has two uses - therapeutic use for treatment and prophylactic use recommended for healthcare workers by ICMR. Azithromycin and hydroxychloroquine are recommended together.”

Remdesivir is an antiviral drug that has been developed by Gilead, US. The New England Journal of Medicines (NEJM) published an article by ‘ACTT - 1 Study Group’ - which was a case-study on 1063 patients who were tested with Remdesivir. It found that Remdesivir was superior to ‘placebo’ that can shorten the recovery time of a Covid positive patient. So, the USA Food and Drug Administration (FDA) and the Indian government gave an ‘emergency authorisation’ to use the drug. An informed consent has to be filled before its use. Initially Remdesivir has been used to treat Ebola but has failed.

Favipiravir (FPV) is an old Japanese drug, which was successfully used to treat Swine Flu. It is the only oral antiviral drug which has received emergency approval for Covid19 in India. Because Favipiravir is teratogenic, it must be avoided for women if their pregnancy is confirmed. It is used in moderate to severe patients. But a positive clinical trial of this drug has already been submitted to the Drug Controller General of India (DCGI).

Toclizumab is an IL-6 receptor monoclonal antibody, is a very expensive drug. It is generally used in rheumatoid arthritis and juvenile idiopathic arthritis. This drug is approved by the government and used in case of moderate to severe patients. But Dr. Bhowmick added, “ Roche has conducted a clinical trial of Tocilizumab named COVACTA in moderate to severe Covid 19 patients which has resulted in a negative result. It was conducted on 452 patients in Italy.”

Dexamethasone is a steroid medication most commonly used in treatment of allergic conditions. The University of Oxford trial report recently published in NEJM depicted thatt he use of dexamethasone resulted in lower 28-day mortality among those who were receiving either invasive mechanical ventilation or oxygenation alone.