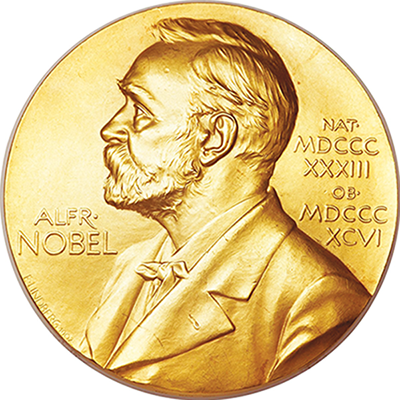 Richard Thaler, a behavioural economist has won the Nobel Prize in economics this year for his pioneering work in this field. The Royal Swedish Academy of Sciences, which awarded the £845,000 prize, praised Thaler for incorporating psychological assumptions into analyses of economic decision-making. What is behavioural economics? In simple words it incorporates the study of psychology into the analysis of the decision-making behind an economic outcome. That is the factors leading up to a consumer buying one product instead of another.

In popular neo-classical economics, decision-making of an individual or institutions is entirely based on rationality. Their decisions are based on logic. The consumers sticking to utility maximization and producers are profit maximisers. But behavioural econo-mics allows for irrational behaviour and attempts to understand why this may be the case. The final decision made is considered to be the best choice for an individual. A rational person is assumed to be unmoved by emotions and external factors. He knows what is best for him. Whereas behavioural economics goes to explain the decision making of humans who are not rational and are incapable of making best decisions. So the basic assumption of neo-classical theory is neglected. In this way Thaler differs from it.

Thaler is particularly well known for his work on “nudge theory” What is it? “By knowing how people think, we can make it easier for them to choose what is best for them, their families and society,” wrote Richard Thaler and Cass Sunstein in their book Nudge, which was published in 2008. Some popular examples can make the matter clear. Consider the UK pension policy. The Government mandated employers to establish an ‘automatic enrolment’ scheme in 2012 to increase worryingly low pension saving rates among private sector workers. This meant that workers would be automatically placed into a firm’s scheme, and contributions would be deducted from their pay packet, unless they formally requested to be exempted. The theory was that many people actually wanted to put more money aside for retirement but they were put off from doing so by the need to make what they feared would be a complicated decision. The idea was that auto enrolment would make saving the default for employees, and thus make it easier for them to do what they really wanted to do and push up savings rates.

Subhasish Dugar, Associate Professor in Economics at the University of Utah's economics department, USA, and a specialist in behavioural economics told BE, “Richard Thaler’s works have made lasting contributions in the field of behavioural economics, a branch in economics that imports from the neighbouring discipline of psychology rich insights about human behaviour into economic decision-making.  In doing so, he has made economics more descriptive, more fun to teach in the classroom and in his own word ‘un-dismal’”. Dugar also said, “Professor Thaler’s works advocate, among other things, that people are not always rational and selfish, as envisaged in standard economic theories. In his joint works with other economists, he has introduced various novel and useful concepts such as “endowment effect” (symptomatic of a psychological trait known as loss aversion that tells us that people are more eager to avoid a prospect of making a loss of  Rs.1000 than to grab an opportunity of gaining Rs. 1000).

Dugar also elaborated some of the theoretical concepts to clarify Thaler’s works and said, “ ‘Mental Accounting’ (how people separate their budget into different accounts for specific use); and ‘nudge’ or ‘deliberate paternalism’ (gently pushing people in making decisions that are personally or even collectively best for them or society without compro-mising the cause of freedom of choice). The last concept, perhaps being the most popular among the policymakers, has been applied to tackle a variety of real world problems like raising default contribution rates among pensioners, encouraging organ donations, increasing tipping rates among taxi passengers and encouraging health care professionals to make patient-friendly decisions with their consent than engaging in unilateral decision-making practices”.