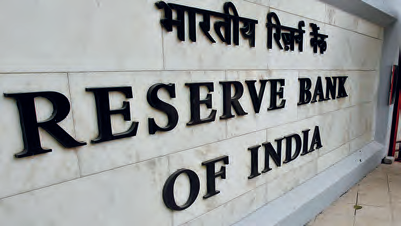 committee instead of the on-going practice of deciding them by the Governor of the RBI. The policy rates, in many countries who have adopted inflation targeting, are decided by a committee. India is going to join in this league. Indian has set in the policy of ‘inflation targeting’ based on Consumers’ Price Index number. The inflation target has been set in below 6% by January 2016 and 4% thereafter, with a band of plus/minus 2%. In the Monetary Policy Committee (MPC), there will be a committee consisting of six members. Three members, including the Governor, will be from the RBI and other three members will be government nominees.The only special power that the Governor will have is his casting vote if there arises a tie. In most other countries, the MPC does not have any representatives of the government. And here lies the root of lessening the independence of the RBI in its policy decision.

Whatever are the other reasons, one thing is clear that a section of investors targeted the monetary policy of Rajan as a big hindrance to  investment boost in India. The Governor of the RBI was controlling, mainly inflation and exchange rates through monetary policy. But a section of investors wanted much lower policy rate and a consequent cheaper investment fund. Barry Eichengreen, professor, University of California, Berkeley, in a recent article has written, “with interest rate at all time lows and central banks buying everything that moves, the world is awash with credit. Yet, paradoxically, a dangerous shortage of international liquidity is putting the global economy at risk.” So considering the world economic condition, it is clear that lower interest rate cannot be a factor for changing the investment scenario. With the slowdown of economies, return on investment in quite a number of sectors, an important criteria for any investment project, is painfully low. So it is not the low interest rate that matters most for boosting investment.On the other hand, low interest rates may do harm to the economy. There is a possibility of savings funds to move in the risky areas. There are a lot of examples where low interest has tended investment to move to not well-thought out areas. And that had fatal consequences in the economy. Additionally, low interest rates reduce savings in the banking sector. The savings may change its direction to the risky areas to get bigger returns. Livelihoods of a large section of the elderly and also of other people depends on interest income. Their spending power may severely be affected at low interest rates.

The central government, perhaps knowing fully well about the limitations of the low interest rates to stimulate investment in the economy, surrendered to the proponents of low interest rates. It kept pressure on Rajan for reducing interest rates to the ‘suitable’ levels. But the RBI did not follow that line. Later a decision for setting up the MPC was taken.

To control inflation within the band will be the main target of MPC. But if it is not able to control inflation, that is, if inflation continues below or above the band then how the MPC responsible will be is to be decided. Indian experience show that supply constraint is the main source of inflation. The often talked about continuous food inflation of India, for example, is mainly caused by supply constraint. Long neglected agricultural may be the cause of supply constraint of food products. In such situations, MPC may not have any role to play. MPC may be of little help if inflation or deflation when external factors reign high. In the case of high inflation RBI could restrict credit to the government by, say, raising interest rate to government loans or by creating indirect pressure on controlling fiscal deficits. But the scope of RBI to do this, being the banker of the central government, might decline.

A section of observers think that the main purpose of setting up MPC is to have an arrangement to supply cheap credit to the investors. But by simply focussing on this arrangement, other economic factors might be overlooked. Under the MPC regime, the role of the RBI in formulating monetary policy will get diminished and the independence of the RBI might be affected.