World can unite spiritually, conceptually and politically
00:00 am 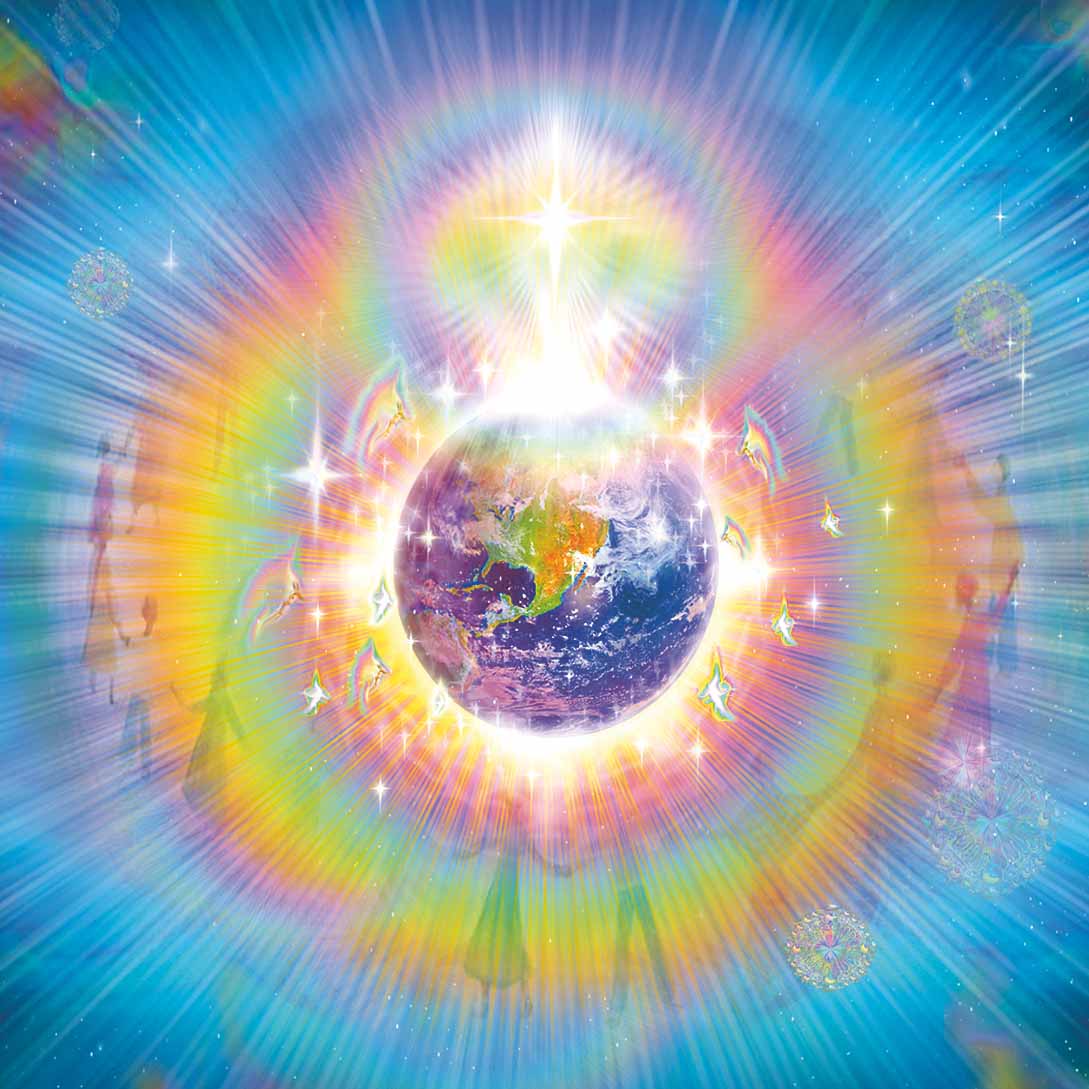 A theme like Need for the World to Unite Spiritually, Conceptually and Politically is quite exciting and needs global attention. Especially, the word “Unite” of the theme echoes a concern for the whole world as a single unit and divulges a broader outlook towards humanity. An idea of human unity emerges in the mind by a mere utterance of the word Unite. Hence, a state of uniformity instantly becomes apparent. This state exposes the synthetic inhuman division of society – inequality and discrimination and inspires one to work for unity by overcoming the differences on the basis of attitude-adjustment.

We all are well aware of current situation of the world in which, besides continuously increasing process of development, there exist a calamitous atmosphere. In such a state, a well-directed determined move for transformation of the ideal of unity into reality is the need of the hour.

All those who have a constructive approach and possess a broad outlook, and wish for safety of life on the Earth, sincerely wish to work to this end, i.e., unity of the world. Such people while taking a plunge in this regard particularly focus on the spiritual, conceptual and political fronts. These three are undoubtedly the most effective, basic and important walks of life. A work for world’s unity propagating through these areas can bring good and expected results. Only through these, the desired safety along with peace and prosperity of people can be initiated and achieved.

Spirituality (Adhyatmikta) is concerned with the Spirit –Atma (Spiritus in Latin), which in its original character accords strength to a human being to identify her/himself. It is, in fact, the Dharmic Prakriya (religious process). All reli-gious philosophies give importance to spirituality. It propels an individual to become her/his own candle (Appo Deepo Bhava), and through self-enlightenment, dedicate her/himself to the cause of universal well-being. Large scaled co-operation and co-ordination, which are the features of highest human value of Ahimsa (non-violence) and attitude-adjustment, which is the most effective way to unite people, are integrally connected with it.

In religious philosophies many things are common. Uniformity to a large extent is found in basic teaching of all. In principle, they all call for human welfare without any kind of discrimination. Most of them accept the existence of One and the Same Supreme Authority. They accept that He is the Regulator, Manager and Director of whole system, from the individual to the universal levels. There exists One Universal Rule – Shashvata Niyam in the conduction of the entire system. They also call their followers in one way or the other to adopt the pathway of co-operation and co-ordination with fellow beings, indulge in righteous acts – Shubh Karmas to pave the way to the welfare of one and all. This is the channel to make life worthy and meaningful.

Realisation of these similarities among religious communities and mutual dealing accordingly is the best way to unite the world spiritually and conceptually. In this regard, constant development of attitude-adjustment is the best technique and also the means to pave the way to a large scaled unanimity. Rigvedic Mantra, “Ekam Sadvipraa Bahudhaa Vadanti” (एकं सद्विप्रा बहुधावदन्ति)      andShvetashvataropanishad’s Shloka, “Eko Devah Sarvabhuteshu Gudhah” (एको देव: सर्वभूतेषु गूढ़:) clearly divulge this truth  related to attitude-adjustment. Further, “Aneke Antaa Dharmaa Yatra Soanekaantah”, (अनेकेअन्ता धर्मा यत्र सोऽनेकान्तः), a belief related to the Jain concept of Anekantvad or Bahultavad, and the Doctrine of Multiplicity, found more or less in all religious philosophies, more especially, as I believe, established in the basic teachings of Christianity as a guideline for equality among fellow beings, harmonious existence and spiritual unity of humanity should also be comprehended in this very perspective.

Religious sphere plays an important role in man’s life. It is the Dharma-Kshetra, which fills both – spirituality and conceptuality with constructiveness and optimism. Therefore, all irresistible hopes remain open to work through this for global unity keeping attitude-adjustment as the nucleus. The higher the level of attitude-adjustment, the more emphatic and concrete will be the results.

As far as the question of world’s unity through political sphere is concerned, despite being an important walk of life and an indivisible part of the Indivisible Whole, situation of political field is different than spiritual and conceptual sectors. Therefore, the nature of endeavours to be made from this field for unity of the world varies in conception and execution.

Political sphere seems different from spirituality and conceptuality for two foremost reasons. First, in comparison to these two, politics seems more practical and artistic. Politics relates to public governance and plays the vital role in the policies making and their implementation. Strategies are connected with it. Therefore, politics even in the best form of the government, i.e., in a democracy cannot touch that level of morality, which spirituality and conceptuality can embrace. Despite this reality, without morality, politics cannot be expressive or prove to be welfaristic. That is why politics must not go beyond the scope of morality.

What should be the level of morality in politics, especially from its concomitant contribution for world’s unity? It is a question of utmost importance. In this regard, two ever relevant things can be mentioned –politics must remain responsible and, simultaneously, it should possess transparency. As much high level of responsibility and transparency incorporates with politics, as greatly it will contribute to the national interest. Along with this, politics will assist in accomplishing the task of harmony at global level and aid in bringing people within the fold of unity. Hence, the most significant thing is the realization and discharge of responsibility. Responsibility and duty are essentially connected with morality –they are the acid test of morality and ethics. Further, as per the demand of time and global situation, which is being witnessed in constantly increasing process of globalization, politics is expected to refine continuously to accomplish the task of solidarity at national level as well as to contribute to the international well-being.

These two things may seem ordinary. But, they are very important. The manner in which people are coming closer by various means at the global level and integrating, working democracies need to be dedicated to the cause of international welfare along with working for national good.

Democracy is in its basic spirit and also from purpose viewpoint, dedicated not only to the large scale welfare of people, but it is also the best way to realise desirable human responsibilities and to discharge duties. Despite being liable to be abused during the course of its functioning and possibilities of reduction of abuses to the minimum simultaneously, maximum possible chances for equality, freedom and fundamental rights are potentially available in a democracy. Opportunities for rise of one and all are there only in this form of government. Democracy has the firm sanction of the Vedic hymns, especially the Mantras of the Rigveda. It emerges as the best form of governance in the teachings of Gautama Buddha –the Light of Asia. Magnificence of this system lies in its efficient discharging of responsibilities towards the nation and humanity.

Pace towards firmness of democracy –continuously increasing process of maturity of democratic institutions leads the system to its transformation into the Ramarajya, the Kingdom of God on the Earth. So, when a discourse about world’s unity through political sphere takes place, it should be borne in one’s mind that it is possible only through democracy. Political morality and expectation from political sphere for world’s unity can be achieved only in the people’s government.

Thus, along with spiritual and conceptual spheres, the contribution of political field for harmony and unity at the global level cannot be ignored. Rather, concrete and time bound endeavours in all these areas are needed. Endeavours being made by several organizations around the world must be seen and assessed in this perspective. They call on the whole world to come together on the basis of accepted minimum common programme for large scaled welfare of humanity and for the cause of human existence on the Earth. Let us, therefore, ponder over it and take a step ahead towards one world – one humanity.