Is the worst over for Indian banking industry?
00:00 am 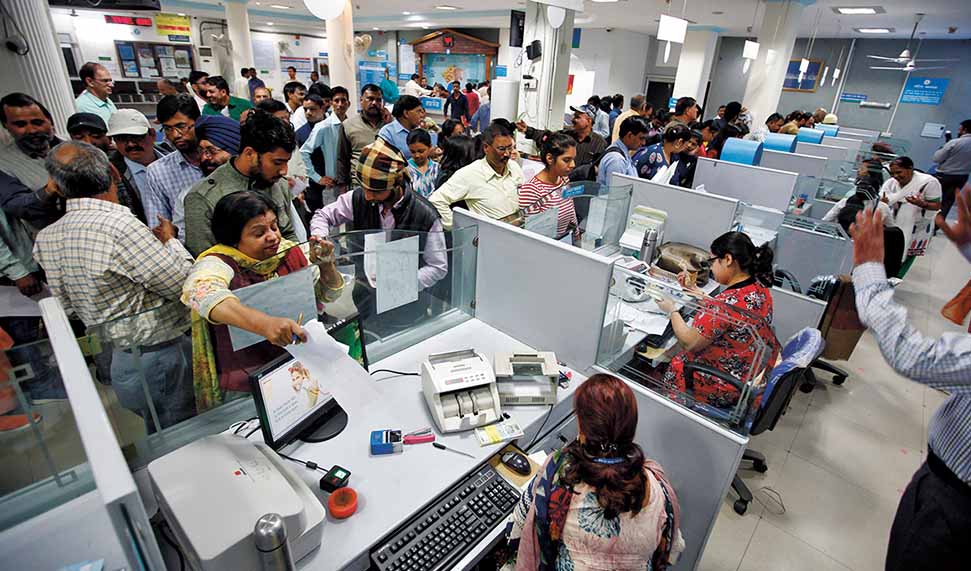 After the 3rd quarter’s results of the banking industry there has been an impression among a section of observers that the health of banking, particularly, the PSBs’, may turn better in the near future. Sixteen private banks’ growth of net profit has been down close to 14%, collective profit of 23 public sector banks has been ` 493 crore against that of ` 10,425 crore loss in December 2015.

Eight public sector banks have posted losses compared to the September quarters and one of them has shown a drop in net profit. Among private banks, only Jammu and Kashmir Bank Ltd has been running a loss but five of them, including Axis Bank and ICICI, have reported lower profits. Some of the banks have reported stable performance in the 3Q and some of them have reported profit also. This is particularly conspicuous after their abjectly poor results owing to following up the RBI’s asset quality review in the last quarter. This is why after the cut-off of quite a considerable portion of bad loan in the earlier period, the results may be not as bad as earlier. The SBI, the biggest lender of the country, has shown half of its quarterly slippage  from standard assets in 3Q compared to that of the 2Q. This situation is mainly, due to PSBs, fall in the requirement of provisioning and some improvement in earnings.

It is true that banks like BoB and PNB have recovered much from their biggest loss in their history. One of the former PSB bankers who held a high position, told BE that there are signs of recovery of the bank. He suggested noticing Q3 results of some of the very ordinary banks like Vijaya Bank. Their recovery may be seen positively for the future of the banking industry as a whole in India.

But anxiety is not a little

Presently there is little scope of suppress NPA at the ground level. If suppression is detected later, the bank managers and other responsible persons may even being personally convicted. This is why declared NPA getting closer to actual figures. In spite of all this, the performance of at least four banks like IOB, United Bank of India, UCO and IDBI is very poor. Some of the banks are such weak performers that their stay  in business is very difficult.

Actually banks are no more particularly interested in going for recovery through Asset Restructure Companies (ARC). ARCs are not having enough money to deal with the situation. Additionally the RBI has raised the minimum of 15% of bad loan accounts from 5% earlier as the advance amounts at the time of selling these by the banks to the ARCs. Even the ARCs are not very successful in their performance and corruption allegations are also not uncommon in many cases. Delayed functioning of the Debt Recovery Tribunals is also to be blamed.

The common assessment of the health banking is no doubt related to the health of the economy. The high officials of banks have a patent reply: when economy can maintain high growth the banking industry will also experience high growth. Then why many private banks maintain high profit in the same economy? It is true that private bankers do not follow can similar way of business. Generally banks are familiar with disbursing working capital. This is short term  in nature. The government of India pressurized the public sector banks to disburse loans to  infrastructure sector from 2007-08. This means long term loans for 10, 15, 20 years or  more. But private banks’ share in infrastructure is only about 20%. Private banks concentrated  on retail and other riskless areas. It is known that private banks also try to avoid  priority sector loans if they are a bit risky. In the Jan Dhan Yojna programme also the private  sector banks’ reluctance was conspicuous.

India’s economic slowdown started first from infrastructure sector in and after 2012-13. The government was not able to take any decision to boost infrastructure. This is why the public sector banks are hit the hardest. But the continuing global economic crisis has aggravated the crisis.

Is the banking industry really competing for upward performance?

No one can be confident about it. The recent demonetization has a negative impact on the economy in general and banking in particular. So there is little hope for banking to perform well in the coming quarters. Additionally, at least 3 quarters results are needed for assessment. Till then one should wait and watch. On the other hand there are  indications of where some of the private banks may come up against more and more problems. They cannot all escape from the poor economic condition of the country.